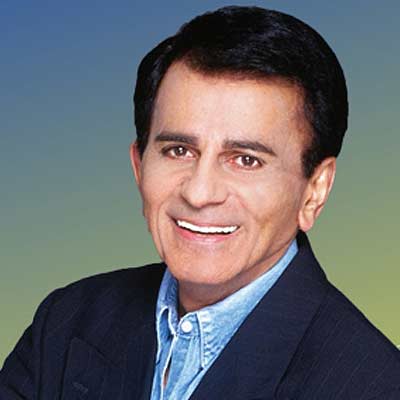 We've got our hands on the original episodes of Casey Kasem’s American Top 40, and are replaying them every weekend. You’ll hear songs you haven’t heard for a long time; all in context of the other hits of the time.

American Top 40 fittingly began on the Independence Day weekend in 1970, on seven radio stations, the first being KDEO in El Cajon, California (now KECR), which broadcast the inaugural show the evening of July 3, 1970.  Billboard reported prior to the release of the show that it had been sold to stations in 10 radio markets.

The chart data broadcast actually included the top 40 songs from the week ending July 11, 1970. The first show featured the last time both Elvis Presley and The Beatles had songs simultaneously in the Top 10. It was originally distributed by Watermark Inc., and was first presented in mono until February 24, 1973, when the first stereo vinyl copies were distributed.  In early 1982, Watermark was purchased by ABC Radio and AT40 became a program of the "ABC Contemporary Radio Network". The program was hosted by Casey Kasem and co-created by Kasem; Don Bustany, Kasem's childhood friend from Detroit, MI; radio veteran Tom Rounds; and 93/KHJ Program Director Ron Jacobs, who produced and directed the various production elements. Rounds was also the marketing director; the initial funder was California strawberry grower Tom Driscoll.

The show began as a three-hour program written and directed by Bustany, counting down the top 40 songs on Billboard's Hot 100 Singles chart. The show quickly gained popularity once it was commissioned, and expanded to a four-hour-program on October 7, 1978, to reflect the increasing average length of singles on Billboard's Hot 100 chart. The producing staff expanded to eight people, some of them still in the business: Nikki Wine, Ben Marichal, Scott Paton, Matt Wilson, Merrill Shindler, Guy Aoki, Ronnie Allen and Sandy Stert Benjamin. By the early 1980s, the show could be heard on 520 stations in the United States and at its zenith, the show was broadcast on 1,000-plus stations in some 50 countries. Kasem told the New York Times in 1990 "I accentuate the positive and eliminate the negative. That is the timeless thing."