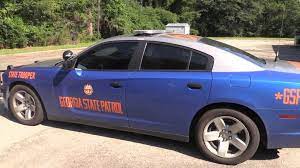 Georgia law enforcement officers kicked off a week-long speed enforcement mobilization today aimed at slowing down the rising number of people killed in traffic crashes in the state within the last 12 months.  Georgia is joining four neighboring southeastern states for the annual “Operation Southern Shield” speed awareness and enforcement mobilization that will run through this Sunday.  Selfish drivers who are traveling at speeds well above the posted limit are being put on notice to slow it down or risk being handed a ticket.

“Operation Southern Shield” began in 2017 with the National Highway Traffic Safety Administration Region 4 member states of Georgia, Alabama, Florida, South Carolina, and Tennessee working together to reduce crashes and prevent fatalities and injuries.   During the 2021 Southern Shield week, Georgia will hold enforcement and education events with Florida at the I-95 Florida Welcome Center in Yulee, Florida on Monday, South Carolina at the Interstate 20 Georgia Welcome Center in Augusta, and with Tennessee at the Interstate 75 Georgia Welcome Center in Ringgold on Wednesday.

The Governor’s Office of Highway Safety is joining the Georgia State Patrol, GOHS Traffic Enforcement Networks, GOHS H.E.A.T. units, and other local law enforcement agencies for concentrated enforcement for speed, seat belt, distracted driving, and other traffic violations on interstates and other major roads across the state.

According to preliminary traffic data reported so far this year in Georgia, the number of traffic deaths in Georgia for the first six months of this year was 20 percent higher than for the same time period in 2020.  This is the first time since 2007 since Georgia has had more than 800 people killed in traffic crashes during the first half of the calendar year.

“Families and friends have lost too many loved ones over the last year in traffic crashes, and we want this week to serve as the starting point for a reversal in the rising number of fatalities on our roads,“ Allen Poole, Director of the Governor’s Office of Highway Safety Director said. “Speed limits are set for the safety for everyone on the road and selfish drivers who choose to travel at speeds well above the posted limit are a threat not only to themselves but everyone on the road. ”

While the 2020 FARS data has not been released, there were 49 traffic fatalities reported in Georgia during the second week of July, and 28 persons were reported killed in traffic crashes during the third week of the month.

“Enforcement has proven to prevent crashes and save lives, but the success in Southern Shield is also due to more drivers choosing to obey the speed limit, buckle up, and put down their phones because they do not want to get a ticket,” Roger Hayes, Director of GOHS Law Enforcement Services said.  “The goal of this mobilization is to show the public that safe driving habits are in their best interest and for the safety of all who travel on the road.”

Besides increasing the risk of being killed or seriously injured in a crash, speeding also reduces the effectiveness of seat belts and other safety equipment in your vehicle, which can lead to more severe injuries and increases the stopping distance after the driver perceives a danger.