The Dade county commission is set to appoint a new member Thursday night less a week after Commissioner Alan Bradford was laid to rest. Dade county Executive  Ted Rumley said its not something we want to do this quick but we are required by law.

The Enabling legislation gives the Commissions only 15 days to appoint a new member after a vacancy occurs. The selection will have to come from a resident in District 4 that district covers Lookout Mountain and the Piney area of Dade county.

Whoever the commission picks Thursday will only serve till November that is when a Election will be held to fill the unexpired term of Bradford. Commissioner Bradford was just re-elected to a 4 year term that had started in January of this year.

The Election will coincide with the Trenton City Election this fall. Qualifying for the seat will take place some time in July.

The Dade County Commission will meet for the April regular meeting Thursday at 6PM, the meeting will be streamed on our KWN News Now Facebook page. 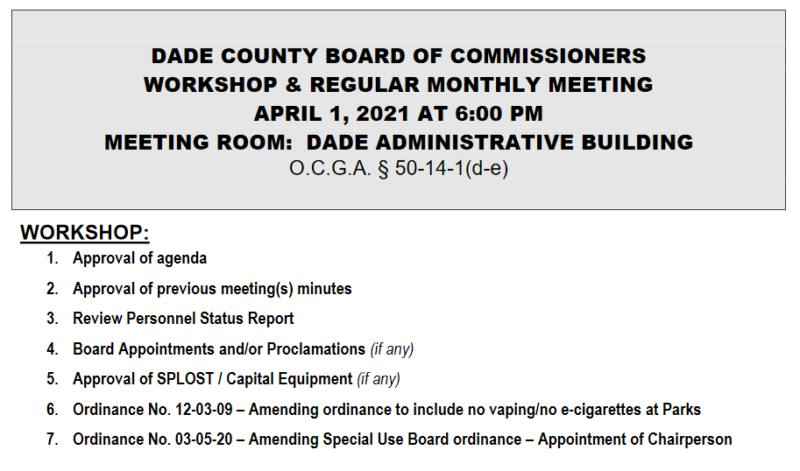 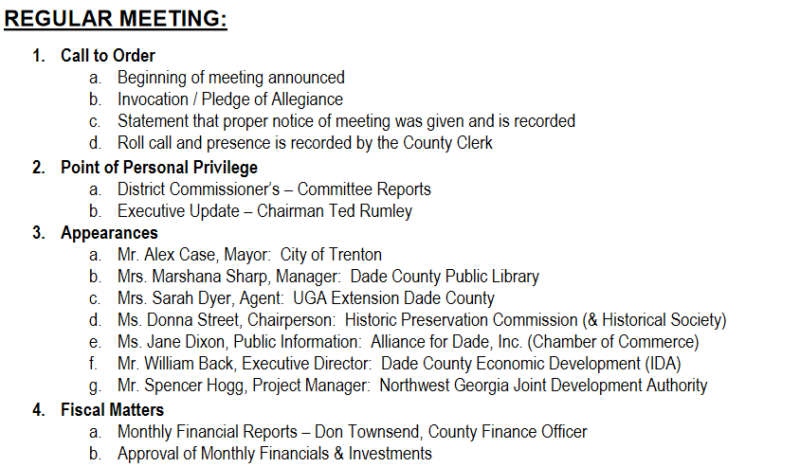 Dade and Walker County EMA is Co-Hosting a ...
Thursday, April 15

The Trenton Civic Center has now has the green ...
Previous Next