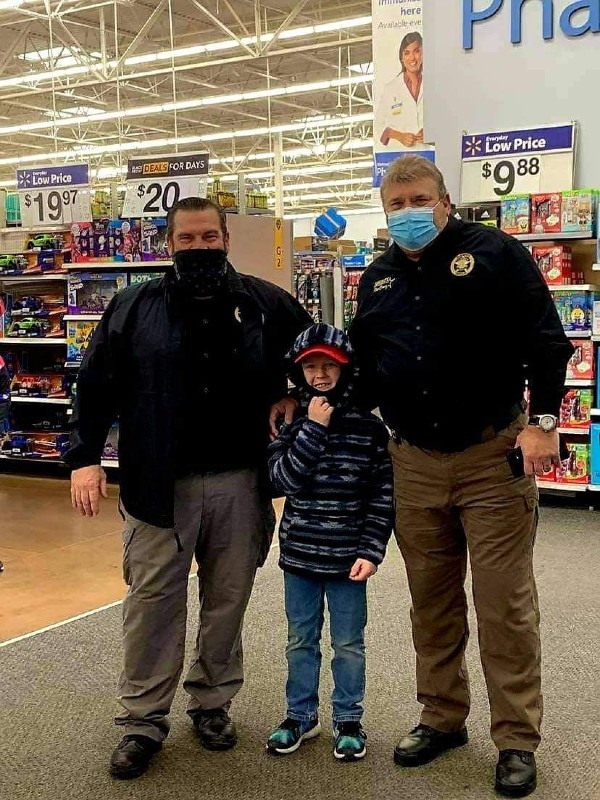 Local law enforcement brought smiles to the faces of several children this Saturday.

“Officers, members, and supporters of the Fraternal Order of Police (Lodge #086) spent the morning at the Wal-Mart in Lookout Valley Christmas shopping,” the Sheriff’s Office Facebook post said.

The Sheriff’s Office thanked Carlton Stallings, President of FOP Lodge #086 for heading this project each year. “It is a privilege to witness so many come together to make sure these kids leave with a few extra smiles and a great experience with police officers.”