Fri, August 12, 2022
Facebook Twitter LinkedIn Pinterest E-Mail
HomeLocalSheriff Ray Cross Sends Bus Transporting Immigrants to Chattanooga
The following story was provided by the Dade County Sheriff Department’s social media team:
After receiving a call that tour buses were dropping off illegal immigrants at the Pilot in Rising Fawn, Sheriff Cross responded to the truck stop and immediately observed a tour bus which appeared to be dropping off subjects at that location.
Sheriff Cross approached the subjects and found that the bus was transporting illegal immigrants from Texas, en route to Washington, DC. The bus driver advised that this was one of their stops along their route, and several illegal immigrants had already decided to get off the bus and end their trip in Rising Fawn. Based off Sheriff Cross’ conversation with the bus driver, it appeared as if the illegal immigrants were being encouraged to exit the bus at this location, with the impression that Chattanooga was within walking distance.
Sheriff Cross immediately got a translator, and created dialogue with the illegal immigrants, as well as the bus staff. After a short discussion with all the parties involved, the illegal immigrants chose to get back on the bus and continue their journey out of Dade County, and on to Washington, DC. Sheriff Cross spoke to the owner of the bus line and requested that he encourage his drivers not to drop off illegal immigrants in the rural areas of Dade County, where they have no resources, but preferably in a larger city, where resources are more readily available.
Sheriff Cross immediately contacted state legislators, as well as the governor’s office, and made them aware of the situation. State Representative Mike Cameron contacted Sheriff Cross this afternoon and told him that the governor’s office advised that they also contacted the owner of the bus line, and agreed with Sheriff Cross’ recommendation to not drop off migrants in Dade County.
As always, Sheriff Cross remains dedicated to keeping the citizens of Dade County safe. 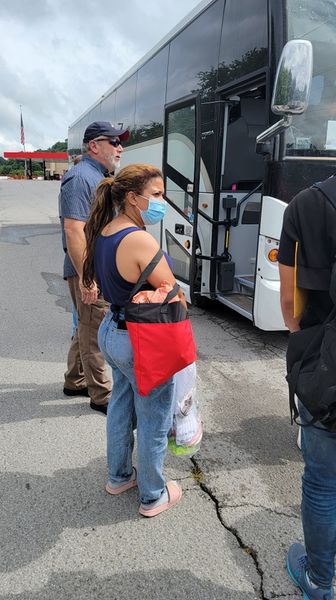 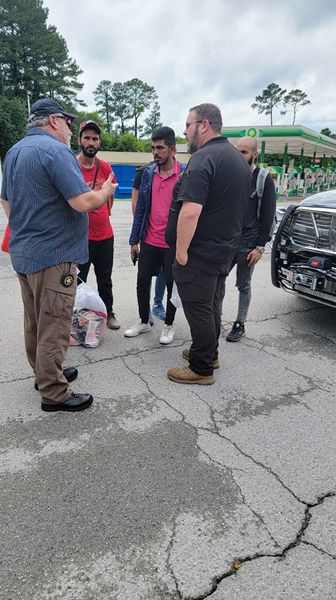