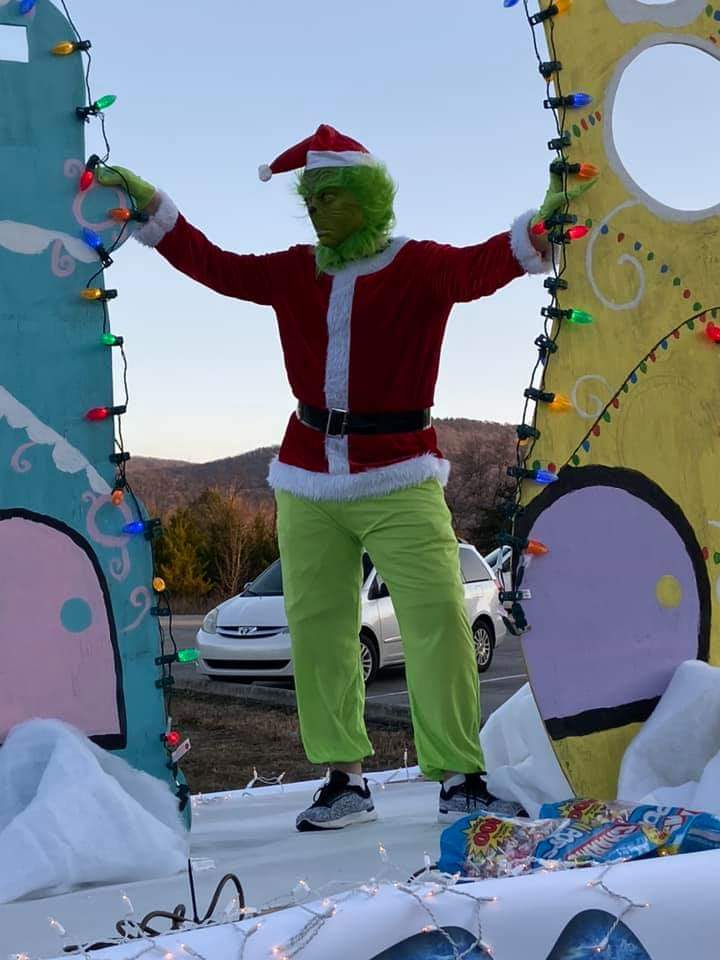 A discussion between Trenton City Commissioners and Mayor Alex Case have left the possibility of events like parades inside the Trenton City limits still up in the air.

During the work session of the October City Commission meeting, Case brought up a request made by Gary Moore with the American Legion to hold the Veterans Day Parade.

“A lot of places are allowing it,” Case said and pointed out that in Trenton the city does not sponsor any of the parades.

Case began talking about the proposed Homecoming Parade which has been cancelled.

“The school – because of their working for social distancing in the school, on buses, as best they can with their teams – thought it would be best to continue these practices. And in the city we do have a bunch of equipment that goes in there and if you start sitting a bunch of kids on there side by side…and you got all the rec teams. How could that be promoted?”

Case said the schools were the ones producing the parade and would be up to them to meet the CDC guidelines somehow.  Case said he did call the city’s attorney regarding the Veterans Day Parade and the attorney, who is also the attorney for the City of Lafayette, said they did allow the homecoming parade in Lafayette and the Christmas Parade was still on the calendar, but they had very strict stipulations which included no throwing candy, limiting the number of people on a float, no walking in the parade and no walking along side floats in the parade, no 4-wheelers, no horses, no go-karts, and everyone attending was being asked to wear masks.

Case then moved on to permit saying that was something that had been discussed with the Police Chief and that the city needed enough notice to know which roads to block and a plan for handling traffic and other concerns. After briefly discussing event permits for parades – which are covered on the Special Event Application (see https://www.discoverdade.com/local/event-permits-still-part-of-trenton-city-commission-discussions/) – Case went back to COVID restrictions as they pertain to parades.

“We are asking people to follow state and national guidelines…masks…and how do you do that with a big outdoor event,” Case said. “It outdoors. A large outdoor event….but we have to watch numbers of 50 and be socially distanced.”

According to the Governor’s most recent Executive Order outlining COVID-19 restrictions and guidelines, which was signed October 15 of this year and the Order signed previously in August, gatherings are prohibited, but the definition of a gathering in the order reads:

“Gathering” shall mean more than (50) persons present at a Single Location (shall mean a space where all persons gathered can not maintain at list six (6) feet of distance between themselves and any other person.) if, to be present, persons are required to stand or be seated within six (6) feet of any other person. Therefore, groups of more than fifty (50) people are permitted if their grouping is transitory or incidental, or their grouping is a result of being spread across more than one single location.”

Case also pointed out flu season was coming and there was concern between flu and COVID that there would not be enough medical services and equipment to handle patients.

Commissioner Monda Wooten asked how that was going to be controlled and who was responsible for controlling it, to which Case replied “that’s exactly right”.

“Just to clarify,” Police Commissioner Kirk Forshee said, “the school is not wanting to have…”

“They decided not to because they are practicing this every day with our kids,” Case cut in.

“I want to clarify it is not the city saying no, it’s the school not wanting to do it,” Forshee said.

“Well, Mr. Fahrney (Principal of Dade County High School) did not call me as a Mayor, he called me as Emergency Management Director,” Case said. “Part of our job as Emergency Management. We are telling the public to do this, how can we turn around and sponsor an event…not sponsor, he wants to do an event and us allow it to happen.”

Case talked about the DCHS seniors and said Fahrney had other events planned. Case also shared that a private school in Dekalb County, AL held their homecoming parade and events and a week later 21 students and six teachers tested positive for COVID.

Streets Commissioner Monda Wooten verified with Case once more regarding the cancellation of the homecoming parade that it was not a city decision, but a school decision.

Case said it was just courtesy but explained again that they came to him as EMA Director. Case said Moore had heard about the homecoming parade and had contacted Case and they had a few other calls. Audrey Clark had contacted Case and County Executive Ted Rumley regarding the Christmas parade which is the same situation as the Homecoming and Veterans Day parades.

A text message was sent to Superintendent of Schools Dr. Jan Harris on October 6 asking about the parade.

“Did the school make the decision about not holding a Homecoming parade, or were they told no parade? I am just asking because I have heard and seen rumors about it.”

Dr. Harris replied, “We were told by Alex we could not.”

Dr. Harris went on to say that DCHS Principal James Fahrney had more information on the homecoming parade. Questions regarding the homecoming parade were sent to Fahrney, including if the high school was aware a permit would have been needed to hold the parade. Fahrney responded with the following statement,

“Permits had nothing to do with the decision to look for a safer alternative to the traditional homecoming parade. All of our decisions regarding homecoming week activities have been made with the best information available and in consultation with our student engagement committee, Mayor Case, and many others. In the end, the thought of pilling kids on top of fire trucks and floats where social distancing is impossible and throwing candy to streets lined with people wasn’t in anyone’s best interest (especially with local case numbers on the rise). Those considerations and many more went into the joint decision to focus on alternative activities.

Our student engagement committee just released a three-page document outlining all of the activities our students will be able to participate in during homecoming week. There will be a movie night, pumpkin decorating contest, a massive hallway decorating contest, scavenger hunts, photo booths, and there will be a mini parade of our homecoming representatives around the track starting at 7 on game day. Every one of those activities is brand new or has new elements this year.

There is no villain in all this, just a bunch of people putting their heads together to keep our students and the community safe. Sure things will look different, but just as we were able to make graduation memorable, I assure you our students are going to have a fantastic homecoming week. I want to thank Alex Case for his guidance and all of the other folks that have invested hours and hours of their time to find alternative activities that are fun, memorable, and above all safe.”

Center for Disease Control (CDC) guidelines define an exposure as people not wearing masks being less than six feet from each other for more than 15 minutes, which is the guideline for exposure the school system has been following. Case said with the new events scheduled by the school, social distancing and guidelines could be better maintained and monitored.

Case continued discussing the COVID guidelines and said a law was passed and now posted on government buildings holding the local and state governments harmless for anyone entering the buildings who may contract COVID, so people enter at their own risk. Trenton United Methodist Church Pastor Dennis Flaugher asked about something similar for the city so that the Veterans Day Parade and Christmas Parade can still be held. Case spoke about the possibility of posting signs along the parade route explaining people would be attending at their own risk, maybe having people stay in their cars for the Christmas Parade (but parking might be an issue), or using Flaugher’s suggestion. Since the parades are sponsored by businesses and organizations and not the city, Case said he would have to contact Ron, the city’s attorney, and find out what the city needs to do.

Forshee said every place is different in how they are handling COVID and shared that he had just come back from a water park in Lagrange, GA where they were strict with masks worn while in the lodge, but nothing once inside the water park. Forshee said they did not want to be in the position where it is in the commission’s hands and because of their poor decisions people get sick.

“I can see as a commission where we shouldn’t, couldn’t, bless this, but I don’t think we can keep them from holding it. This is still a democracy.”

Forshee and Case reminded Wooten that we are still in a public health emergency.

“Yes, but you are also in a state of public health emergency,” Case said.

Case said he did not know what to do and reiterated that they needed to get some guidance from the city attorney.

“How are you going to go out here and arrest everybody,” Wooten said.

“You wouldn’t arrest them,” Case said.

Wooten talked about a group that was going to hold an event anyway over the weekend and Case said that it was an issue that they have looked at, but that Highway 11/ Main Street may be a state route, but the city “ultimately had law enforcement control” over it.

One thing all the commissioners agreed on was that they wanted to see the events happen.

“We all want to do it safely, but how do we do it and whose responsible is the question,” Case said.

(Pictured at right: Thomas Kelley as The Grinch rides on a float by the Trenton United Methodist youth group in the 2019 Christmas Parade in Trenton.)