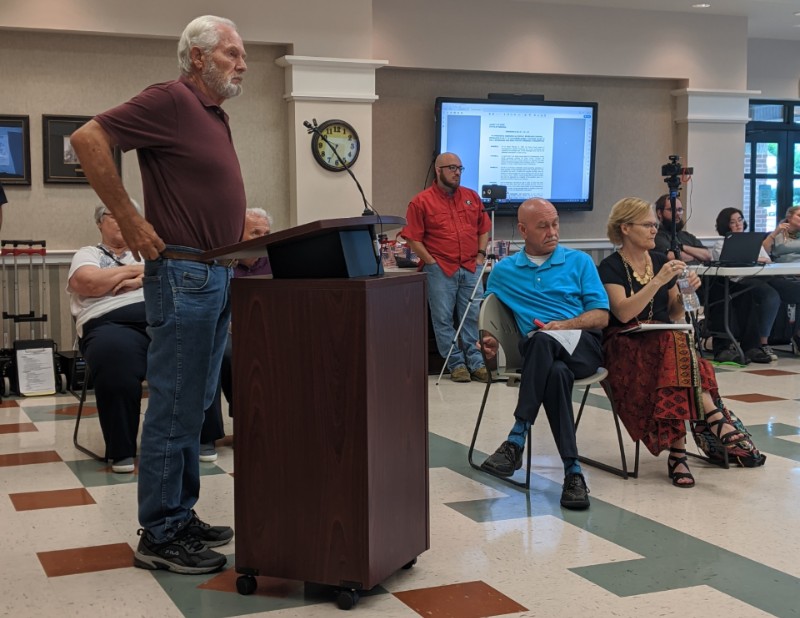 A petition signed by over 200 residents of Dade County asking County Commissioners to stop the further draining of Lookout Lake Dam was shown to commissioners during the July work session Thursday evening.