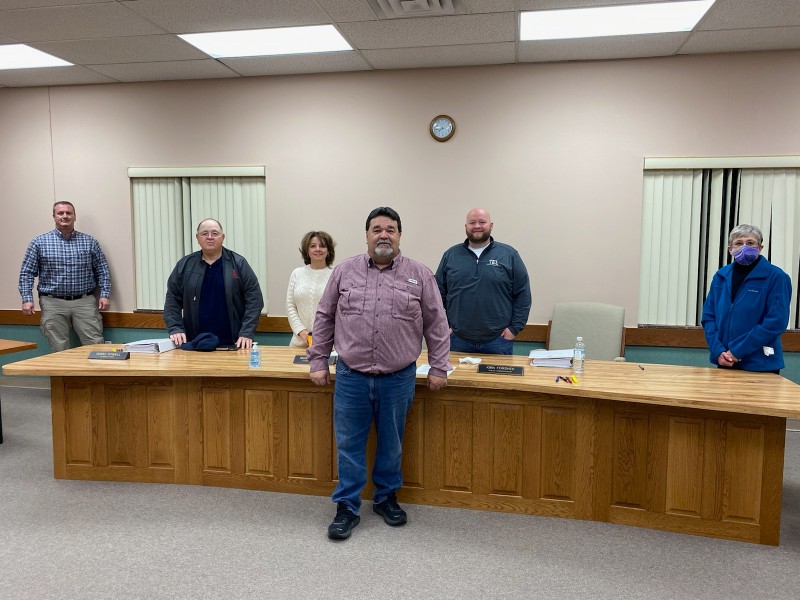 A job search begun by Trenton City Commissioners upon the resignation of former Trenton Police Chief Christy Smith, ended Monday night with the approval and announcement of a new Chief of Police.

Former Chief Christy Smith submitted her resignation as she moved to a new position with the Lookout Mountain Judicial Circuit as an Investigator.  In the interim, City Commissioners appointed Steve Beaudoin as acting Chief.

Police Commissioner Kirk Forshee said the city had received six applications which he then narrowed down to what he thought were the three best applicants. Those applicants then interviewed with the City Commission as a whole. Forshee said the decision to appoint a new Chief was not an easy one, but he felt he had come to the right decision.

“All three of the guys would have done a great job,” Forshee said. “With that being said, I made my decision based on this person’s dedication of 31 years of service to the City of Trenton Police Department.”

Forshee then made a motion to appoint Steve Beaudoin as the new Chief for the Trenton Police Department. The motion was seconded by Streets Commissioner Monda Wooten and approved unanimously.

Mayor Alex Case congratulated Chief Beaudoin and spoke about the very first question and very last questions answered in the interview by Beaudoin had covered all the things he had done in 31 years with the police department.

“We really appreciate that and you continue to be a forward force for this city and it’s police department”, Case said.

Dade voters will be asked to start voting this ...
Thursday, February 18

As the construction continues on the new Tractor Supply, ...
Previous Next