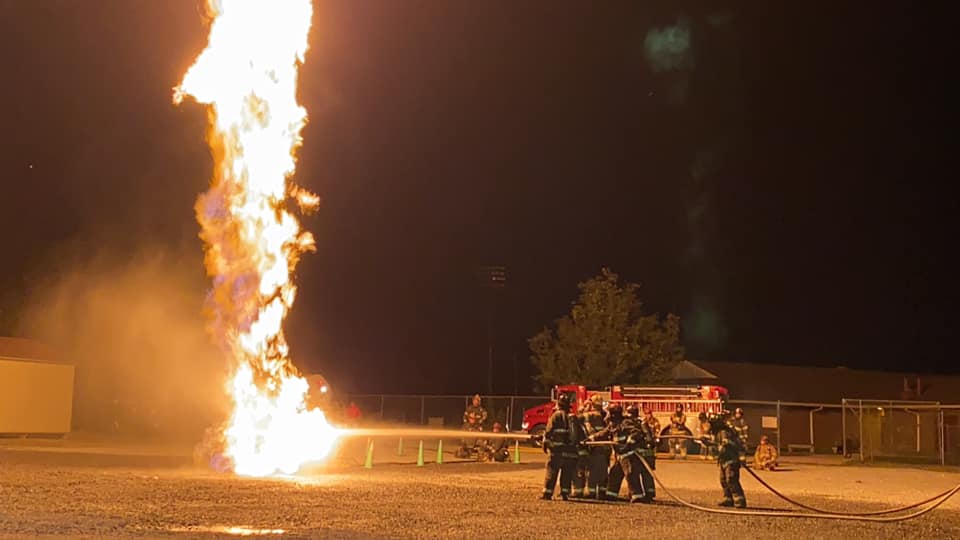 Firefighters and trainers from Dade and the northwest Georgia area met Saturday for a Pressurized Container class ending at Dade County High School.

According to posts by Dade Emergency Management and on the Dade County, Georgia Facebook page, firefighters and instructors came from Cartersville, Catoosa, Walker, Gordon County, Summerville, Bartow, and GPSTC in addition to firefighters from Dade. Suggs Propane donated the propane for the evening’s exercises.

The annual Trick or Treat at Dade ...
Friday, October 30

It is homecoming week for Dade County ...
Previous Next