Wed, August 24, 2022
Facebook Twitter LinkedIn Pinterest E-Mail
HomeLocalJay Jones, Sr., Bank of Dade Executive Vice President & Board Member to Retire
Jay Jones, Sr., Executive Vice President & Board member of Bank of Dade, has announced his
retirement after 55 years at the Bank, where he has served as a loan officer for several decades.
His retirement is effective September 5th. 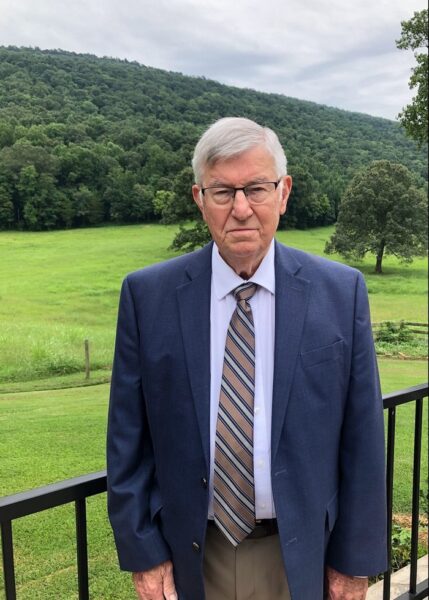 Mr. Jones is a native of Dekalb County, AL and a 1957 graduate of Fyffe High School, where he
was a football standout. He moved his family to Dade County after a brief stint in Detroit, MI.
Throughout the years, Mr. Jones was a member of the Lions Club and other civic organizations
in Dade County. He has served as a deacon at Edgewood Baptist Church for almost 50 years.
He was employed in various industries from pharmaceuticals to meat packing to construction to
poultry production. He joined Bank of Dade on September 5th, 1967; however, he had to
postpone his start date by a day as his youngest child decided to be born that day.
Mr. Jones is a graduate of the University of Georgia School of Banking and the LSU School of
Banking. He also attended the Detroit Institute of Technology.
Shannon D. Henry, President & CEO of the Bank of Dade acknowledges what an amazing
accomplishment this is for Mr. Jones. Mr. Henry stated, “Working 55 years is an achievement in
itself, but 55 years for the same employer is an incredible feat that is almost unheard of anymore.
Since my employment with the bank, Jay has been an integral part of the loan department as an
employee while gracefully separating his duties as a director in providing oversight for the bank.
His Christian views, guidance, understanding, and support have proven invaluable to me and he
will truly be missed. We all wish him a restful and enjoyable retirement with plenty of time to
spend with family and friends.”
Mr. Jones will be honored at Bank of Dade’s main office at 12634 North Main Street, Trenton,
GA on Friday, September 2nd from 2:00 PM to 5:00 PM. The Board of Directors, Officers, and
Employees of the Bank of Dade, along with Linda Jones, his wife of 65 years, and his family
invite the public to come by and congratulate him on his retirement.