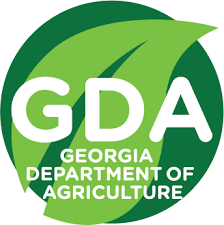 Information was also shared by the Georgia Department of Agriculture in a press release on July 27 that said the GDA has been notified by several Georgia residents that they had received unsolicited packages of seeds that originated in China. The GDA warned people not to open the packages of seeds.

“At this time, we are not sure what the seeds are and therefore are urging everyone to be exceedingly vigilant,” Georgia Agriculture Commissioner Gary W. Black says.  “If you have received one of these packages in the mail, please use extreme caution by not touching the contents and securing the package in a plastic bag.”

The press release further explained that the “types of seeds in the packages are unknown at this time and may be invasive plant species. The packages were sent by mail and may have Chinese writing on them.

Invasive species wreak havoc on the environment, displace or destroy native plants and insects and severely damage crops. Taking steps to prevent their introduction is the most effective method of reducing both the risk of invasive species infestations and the cost to control and mitigate those infestations.”

Anyone who has received unsolicited seeds in the mail from China or any other country is being encouraged to contact the GDA Seed Lab at 229-386-3145 or email [email protected].

Unsolicited seeds from China are being found in mailboxes throughout the United States and contain different types of seeds.

A video of the interview by Evan Stone with Sarah Dyer talking about the unsolicited seeds can be found below.