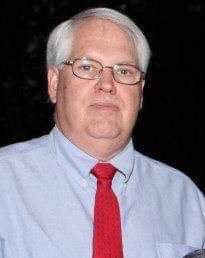 Street served as Dade County Sheriff for twenty years taking office on January of 1985 and leaving office in January of 2005. As Sheriff Street is credited with bringing the Sheriff’s Department into the 21st Century. Street established Hope for the Holidays which provided food and toys for families in need in Dade County and served as President of the Georgia Sheriffs’ Youth Homes with the Georgia Sheriffs’ Association from 1997 – 1998. Street worked many times with multiple agencies and states receiving recognition as a department and as Sheriff for various successful operations against criminals including two Federal operations – Operation Sandstorm and Operation Sand Dune – for which he received recognition.

In recent years Street was a Captain and the head of the Detention Division in the Walker County Sheriff’s Office.

Street was a lifelong resident of Dade, the son of Donald and Elizabeth Street, who owned and operated Street Hardware where Philip was a co-owner and worked until he was elected to office in 1984. Street also served as a volunteer firefighter with the Trenton Fire Department in the years leading up to his time as Sheriff.

Street passed away after being hospitalized since Sunday for COVID-19. On Friday Street suffered a stroke and passed away overnight.

Arrangements have been made with Moore Funeral Home and Street’s obituary can be read below:

Philip E. Street (66) died of complications from Covid 19 on Saturday, November 27 in a Chattanooga hospital. He is a lifelong resident of Dade County where he attended school and graduated in 1973. He managed the family business, Street Hardware, until he became Sheriff in 1985. As a business man in Trenton, he became a volunteer firefighter, which led to his interest in law enforcement. He was elected five times as Sheriff, making him one of the two longest serving sheriffs’ for Dade County. For the past seven year he continued his career in law enforcement serving as captain of the Walker County Detention Center. He also served as a board member of the Lookout Mountain Judicial Circuit Drug Task Force.

Philip gave his professional and personal time freely to activities involving children and youth. As an avid Dade County fan, he took special pleasure in escorting sports teams to region and state playoffs. The DARE Program was something that he believed in and worked to provide for the children of Dade. The current Hope for the Holidays program in Trenton is an outgrowth of one that was begun by Philip and his staff. Emergency management program and 9-11 was managed from its inception in his department.

Philip had hundreds of friends and if you were his friend you knew it. He probably called you on the phone at some random time on the way home from work. Philip was funny and charming but you never doubted what he thought on any subject. If you didn’t agree that didn’t matter he was still your friend. He was a man of action and doing nothing was not easy for him. Many who loved him can attest to the fact that he was great to have around in an emergency. He went out of his way to help people. He loved college football, NASCAR, Dade County, his friends and his family.

He was predeceased by his father Donald E. Street.

His survivors include his wife, Sherry Lake Street, daughter, Jordan (Dustin) Powell, his step-son Corey Creswell, his mother, Elizabeth Wallen Street, his sisters, Donna M. Street, and Kate (Michael) Cammack, his brother, Tracy A. Street and his niece, Caroline Cammack. There are a host of much-loved cousins.

The funeral service will be held outdoors on Wednesday, December 2 at 1:00 pm in front the Dade County Justice Building. Visitation will begin at 11:00 am. The Reverends Reece Fauscett and Dennis Flaugher will officiate. Burial will follow the service at Lake Hills Memorial Gardens.

Guests are requested to wear a mask and social distance.

In lieu of flowers, contributions may be made in memory of Philip to one of the following: Georgia Sheriff’s Association Youth Home, Trenton United Methodist Church or Dade County Sheriff’s Hope for the Holidays Program.

The family would like to thank the nurses and doctors at Memorial Hospital who labored so hard to save Philip’s life.