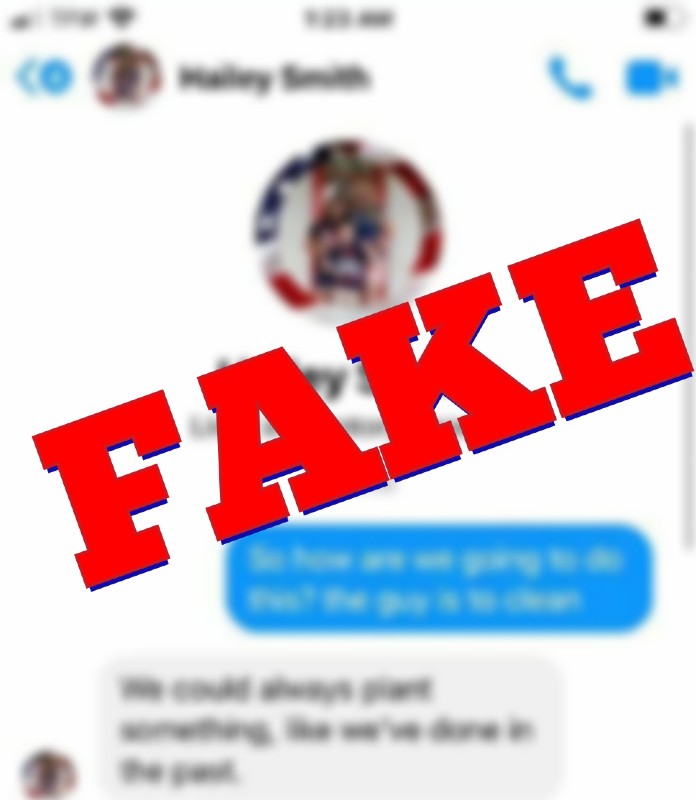 A post was made by the Trenton City Police Department on Thursday, September 24 said they knew about the fake profile.

“We are aware of the fake profile and false comments that have been posted. It has been reported and the origin of the post is being investigated.

We believe our citizens and the average person could determine the post to be fake based on the content and lingo used.

Do not fall into the trap of spreading hate. It is fake news.”

Trenton Police Department was not the only the only local law enforcement agency targeted as fake accounts using Dade County Sheriff Deputy Michael Howard’s and DCSO Sargeant Hailey Smith’s names and profile pictures from Facebook were created as well.

The fake accounts were used to have a conversation with each other through messenger making it look like Smith and Howard were planning to plant drugs on someone and in some kind of money scheme. The conversations were then screenshot and shared in a post tagging 85 people by the Lucy Keesler (Hannah) account on  Facebook.

Several people commented on the post including Howard’s mother pointing out that the name on the account in the screenshots, “Micheal Howard”, was misspelled and other problems with the screenshots and the accounts themselves.

“We have received multiple reports and have had many community members reach out to our Office in regards to messages circulating on Facebook,” the post said. “Unfortunately, on many social media platforms; individuals find themselves targeted and harassed. Our officers were targeted with an account that fabricated messages in attempts to stain their integrity.

The source of this malicious and fabricated content is being investigated fully. Again, we appreciate our community and the continued support.”

Trenton Police Chief Christy Smith said Facebook has been notified of the accounts and comments.

Screenshots of the conversation between the fake accounts can be viewed below.

By: Dexter Wooten,   Dade County teachers will be happy to ...
Thursday, May 6