Despite an ongoing pandemic, Dade County continues to move right along with projects 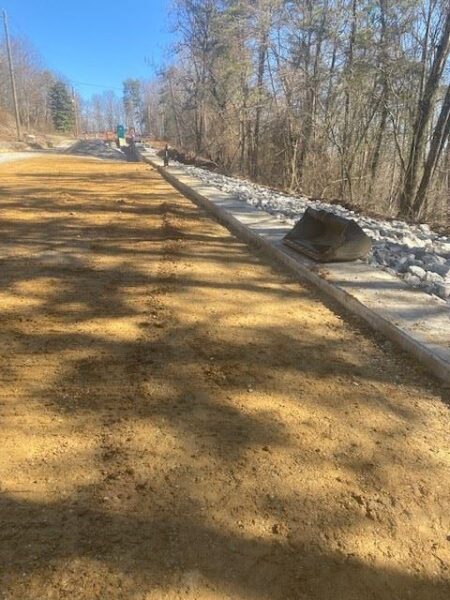 Despite an ongoing pandemic, Dade County continues to move right along
according to the Dade County Commission.  A lot of work is taking
place in Dade County including a lot of visible improvements with more
on the way.

County Road 6 has been undergoing repair as residents have seen a lot
of dirt being removed as part of the solution to fix the roadway.  The
dirt being taken away is serving a double purpose as the dirt is being
taken to the Dade County Sports Complex and the adjacent Senior Center
as the two complexes work to ensure solid footing for use of the ball
fields and walking tracks.  Commissioner Robert Goff is impressed by
the progress in repairing Country Road 6 and if all goes as planned
will be completed by the middle of March.

The Sports Complex is looking towards a busy spring and summer
according to commissioner Phillip Hartline.  To date there are already
16 tournaments scheduled and there is a meeting scheduled with a
representative from USA Softball for possibly more.

Commission chairman Ted Rumley reported the construction for a new
Tractor Supply Co. is going well as final touches are being done on
the building.  Commissioner Rumley says once completed it will take
approximately 30 days to stock the facility and is guessing it would
open its doors to the public the first week of April.  The new store
will also provide a number of jobs for Dade County and Rumley suggests
anyone looking for work to go directly to the employment link on the
Tractor Supply Co.  website.  He also added interview should begin
shortly for positions at the new site.

A new Dollar General on Sand Mountain is starting to take shape well
after a rough start because of inclement weather, Rumley also reports.

A new bridge at 136 at the high school will require the road to be
close for two weeks.  Work on the bridge replacement is not scheduled
to start until 2022 or 2023.  Closure of the road affects roughly
one-third of the county residents.  Plans are to build an expedited
bridge where sections of the bridge are built off site and then
assembled on site, cutting down the length of time the road will be
closed from traditionally 10-12 months to 14 days.

In the past week the County switched ambulance services without a
hitch and the commissioners thanked volunteers who have stepped up to
assist with distribution of the Moderna COVID-19 vaccine.

The county is also getting prepared for Tornado season as a team has
been put together called HUB.  These teams deal with response, relief
and recovery.  To date there are 19 churches in the area, the American
Legion and a few private citizens taking part.  The County is looking
for more churches to get involved.

A family literacy program is underway by the Library that begins
February 15 and lasts for six weeks on Monday at 5:30. Geared toward
families with children six to 10 years old, those participating will
receive a meal and a box of books.

Commissioners welcomed back board chairman Rumley back after missing
the previous meeting due to Covid-19.

The Dade County Special Use Permit Board has ...
Monday, March 1