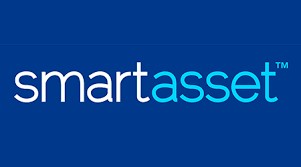 A study done by SmartAsset, a financial technology company in New York, ranked Dade County 3rd in the state of Georgia for the effective spending of property tax dollars.

Ahead of Dade was Fannin County with Gilmer County taking the number one spot. Dade was the only county in the Northwest Georgia Region to make the top ten in most effectively spent tax dollars with an Average Effective Property Tax rate of 0.54%. In comparison, Catoosa’s rate is 0.83%, Chattooga’s 0.82%, Walker’s 0.79%, and Whitfield’s 0.76%.

According to a press release by SmartAsset, “the study analyzed metrics including quality of local schools, home values and effective property tax rates to find where people were getting the most value”.

Other information from the study shows Georgia has a median real estate tax payment of $1,448 per year, which is around $650 less than the $2,090 national average. The average effective property tax rate for the state is 0.91%.

The full study results, methodology and interactive map can be found here: https://smartasset.com/taxes/georgia-property-tax-calculator#map

To see more information on the top ranked counties in Georgia, view chart below.