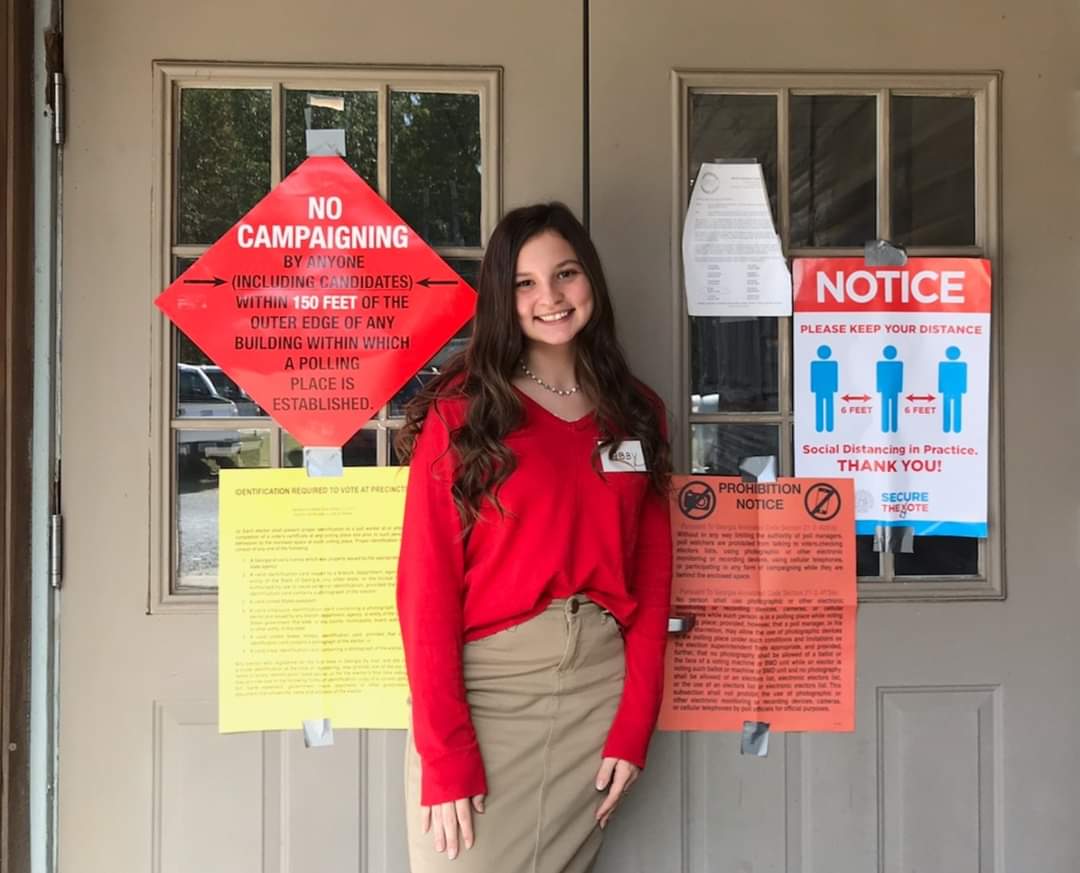 Dade beat their usual numbers of voters on Tuesday.

The 2020 Presidential election brought out more voters in Dade than has been seen in the recent past Presidential elections.
Typically Dade sees around 6,100 to 6,500 voters. This year voters casting ballots totaled 7,468. That is 64.5% of the 11,660 registered voters in the county.
How were those ballots cast? More than 4,000 were cast during Advance Voting with another 1,032 absentee ballots. Leaving 2,319 people voting on Tuesday at polls throughout the county.
The voting numbers are high for Dade, especially considering there were no contested local elections and very few state elections to vote in.
In order to prepare for all the voters Dade was expecting, the elections board, Election Supervisor Lowanna Vaughn, and volunteers added to their staff at the polls by training high school students from Dade County High School to help work the polls.
The program was a win-win for everyone as the students not only earned volunteer hours, but were paid poll workers as well as getting the day out of school. The opportunity gave the county the poll workers they needed while students were able to see the election process up close.
DCHS Principal James Fahrney shared a picture of one of the high school’s teen workers at the polls on social media.
“Happy to see Wolverines like Abby Mills serving as poll workers today,” Fahrney said when posting the picture above.
Below, Board of Elections member Tracy Street is pictured training students from DCHS in the school’s auditorium as poll workers for the Tuesday, November 3 election.

GDOT has two planned resurfacing projects that should get ...
Wednesday, June 9

The Dade County School’s Board or Education have ...
Previous Next