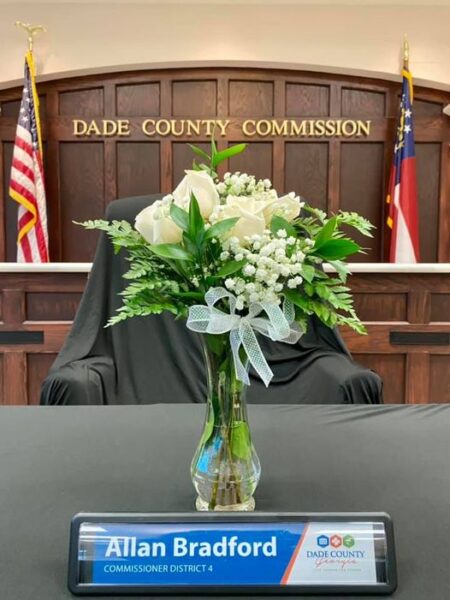 Thursday  night during a particularly emotional portion of the Dade County Regular Commission Meeting, a new interim commissioner was chosen in light of the recent passing of Commissioner Allan Bradford. A number of candidates were mentioned That had showed interest . However, it was  Allan Bradford’s own daughter, Melissa Christiansen, who was ultimately decided upon by the Commission by a unanimous vote. Melissa graciously accepted this position and expressed her happiness in having the opportunity to take up her father’s role until the next election is held in November 2021. Melissa’s mother, Kathy Bradford the wife of late Commissioner Allan Bradford, also shared a few words of gratitude following his passing. The Commission also approved updating the No tobacco ordinance at the recreation facility to include No vaping and E-Cigarettes at the facility on Highway 11 south. A full story of the meeting will be uploaded at a later date.

You may watch the meeting below.