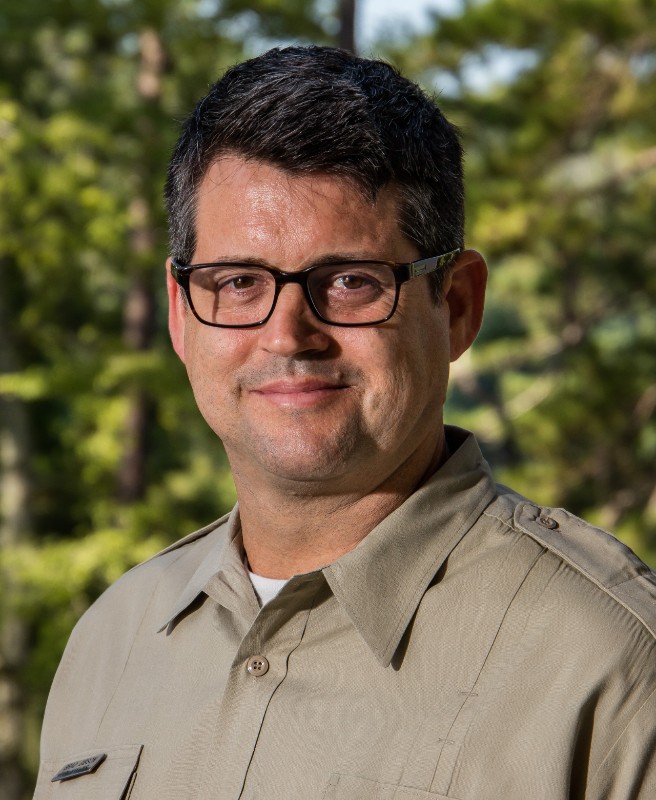 Cloudland Canyon, one of Georgia’s most visited state parks and located in Rising Fawn on Lookout Mountain, is supervised by Park Manager Brad Gibson who has been recognized by the Department of Natural Resources (DNR).

Gibson was awarded the Henry Struble Manager of the Year Award for 2020.  According to information from the DNR, Gibson was given the award because he “has done an exceptional job handling extraordinarily high park attendance during the COVID pandemic this year. He has excelled in training Cloudland Canyon’s staff, implementing excellent customer service.  He serves as the Georgia State Parks & Historic Sites Division’s training instructor for CPR, as well as conducts CPR classes himself. Brad has been an excellent mentor to several park managers in training assigned to Cloudland Canyon.  Brad earns high-performance evaluations for his overall management of one of Georgia’s most popular parks. He is well-grounded, respected by his peers, attended DNR Leadership classes and doing an excellent job managing Cloudland Canyon.”

Gibson first came to Georgia after more than 20 years managing a high-end aquatic facility, water park, in Miami Shores, FL. Gibson said he got married and moved to Tucker, GA where he became the aquatics supervisor for Rockdale County.  In June of 2017, Gibson began his job as Cloudland Canyon as Park Manager, his first position with the Department of Natural Resources.

The best thing about his time at Cloudland Canyon, Gibson said, has by far been the people. Gibson spoke of his staff and volunteers.

“I have a really, really great staff who enjoys the work they do and being busy will all the visitors we have,” Gibson said about his staff. “Everyone is so friendly and welcoming. They really embraced me and my family.”

Gibson said the park is also very highly supported by Friends of Georgia State Parks and Friends of Cloudland Canyon State Park and they are always ready to help. Gibson said they always have projects and ideas that the park and DNR workowork together to plan out. For Cloudland Canyon, some of the current projects and goals include upgrades to the camping sites to accommodate the big rigs and larger camping trailers and a group shelter for larger gatherings similar to a lodge as well as a couple of cottages grouped nearby.

The Manager of the Year Award was given during the annual Managers Meeting for Georgia State Parks and Historic Sites, a division of the Department of Natural Resources.

“It’s honestly very humbling,” Gibson said of receiving the award. “It has been a strange year with COVID, the changes to normal operations. I really feel there are other park managers more deserving. I have such a great staff and such great leadership in the DNR that makes it possible to shine. I like to work and I like to be with the people in our park. I am happy to receive the award, not so much for the attention it brings to myself, but because it brings attention to our park.”