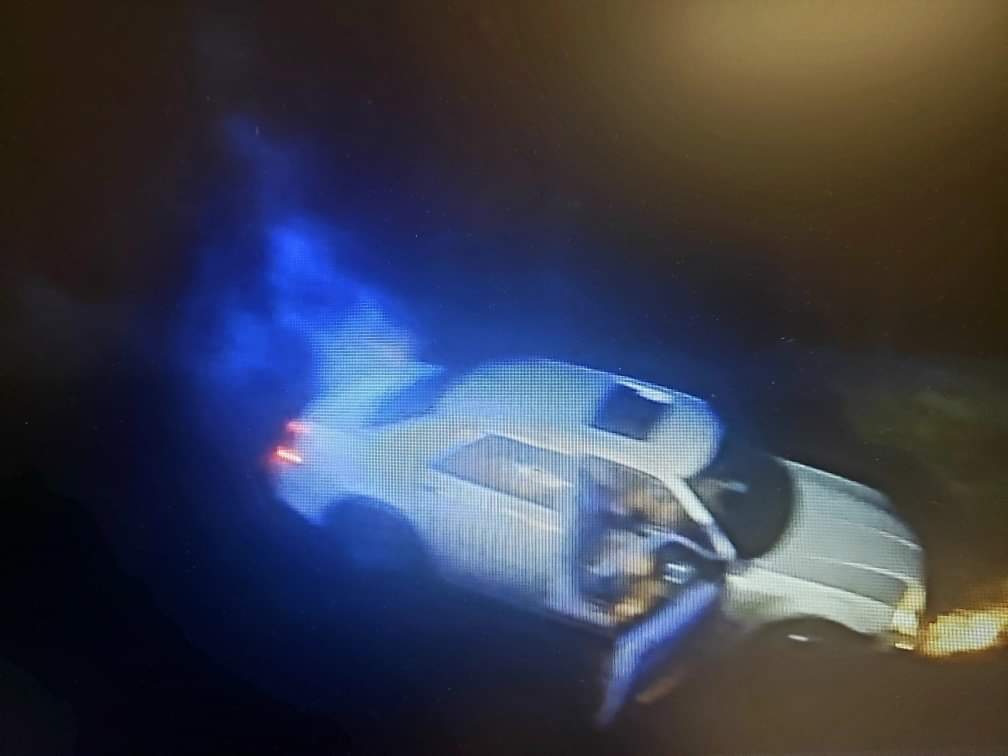 A chas that began around 90 miles from Dade County in Alabama ended in Dade County this weekend.

On Sunday, December 13, 2020 at approximately 11:47 p.m. the Dade County Sheriff’s Office was notified that St. Claire PD and Dekalb County Sheriff’s Deputies from Alabama were in pursuit of a stolen vehicle. Authorities say the vehicle, a Chrysler 300, had been stolen out of Illinois and agencies were approaching Dade County in pursuit of the stolen vehicle on Interstate 59 north bound with speeds exceeding 130 mph.

Pursuit of the Chrysler 300 had begun in the Jurisdiction of St. Claire in Alabama; approximately 90 miles from Dade County

Dade deputies staged at Exit 4, according to the press release, and joined the pursuit thereafter. The Trenton Police Department units staged and deployed spike strips at the 9 mile marker north bound, disabling the front right tire of the suspect vehicle.

As they were approaching the 15 mile marker, the suspect vehicle drove through the median and accessed I-59 South Bound, driving the wrong way toward on coming traffic. A Dade County Sheriff’s unit then completed a successful pit maneuver disabling the suspect vehicle off the shoulder of the interstate.

The two suspects pictured were taken into custody without further incident nor injury.

Sheriff Ray Cross extends his gratitude to the Trenton Police Department for their assistance; without their help, the pursuit would have continued at dangerous speeds.

“Many agencies came together and successfully apprehended this dangerous felon,” Cross said. “I am very proud of my deputies and their skills to get the job done.”

Nadia Leos, age 32, of Flowrissant, MI was arrested and charges with
– charged with Theft Bringing Stolen Property into the State.

Dylon Sutton, age 28, of Norris City, IN was arrested and charged with Theft by Bringing Stolen Property into the State; Felony Fleeing;
Reckless Driving; and other miscellaneous traffic offenses.

Leos and Sutton are also facing charges pending from other jurisdictions.

Dade and Walker County EMA is Co-Hosting a ...
Thursday, April 15

The Trenton Civic Center has now has the green ...
Previous Next