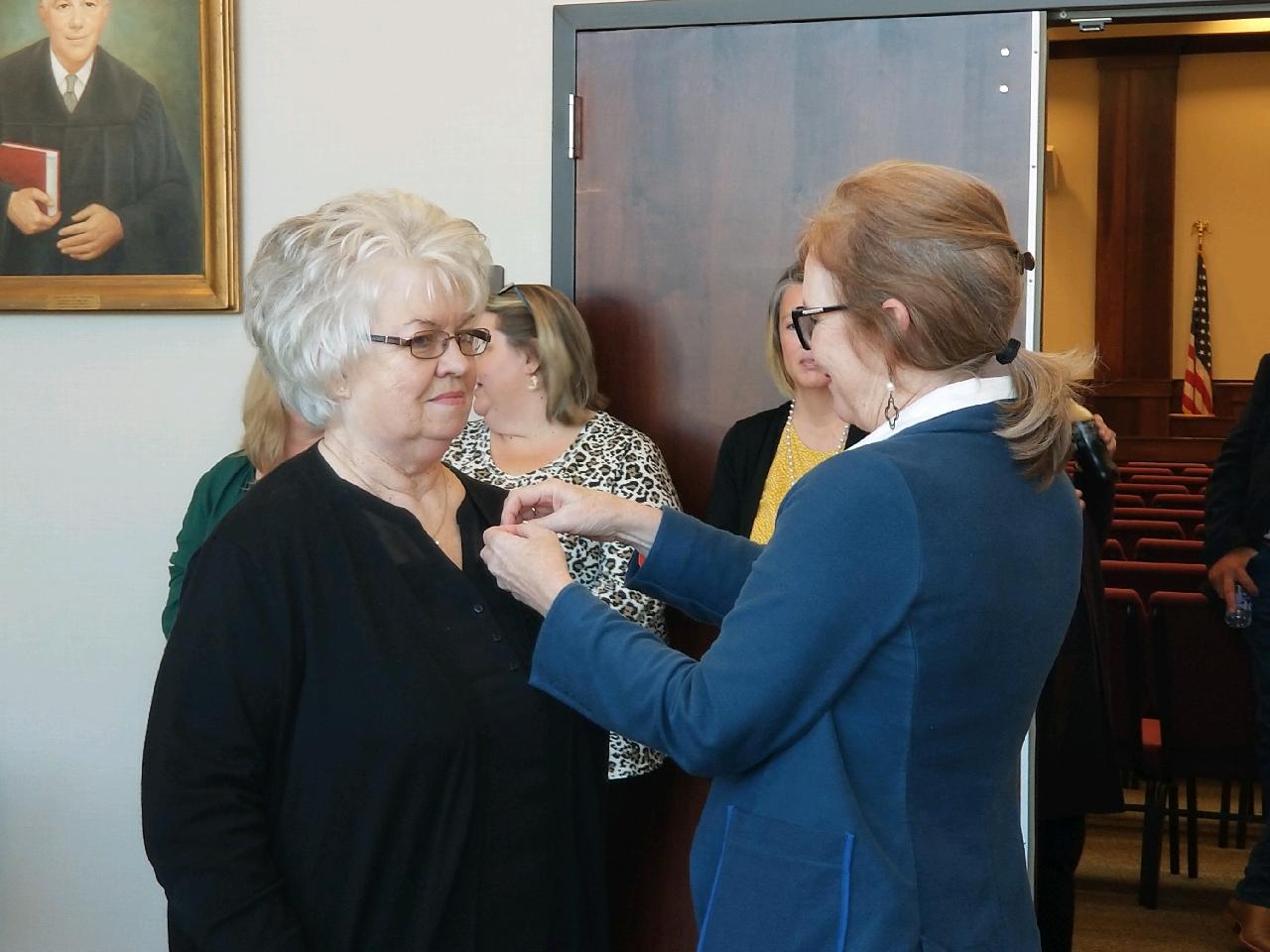 People from throughout the community came to offer best wishes to Moreland on her retirement after more than 40 years working in Dade County government. Moreland graduated from Davis High School in 1961 and began her service to Dade County as Deputy Clerk under Superior Court Clerk Betty Rogers on June 27, 1979. In 1981, Moreland was appointed Chief Deputy Tax Commissioner and elected as Dade County Tax Commissioner in November of 1984, beginning the first of 9, 4-year terms on January 1, 1985.

“Jane Moreland is a prime example of what an elected official and public servant should be,” County Executive Ted Rumley said. “She gave everything she had to the office.”

Not only did Moreland serve the county through positions in the government, but she has also served as a Pastor’s wife in 16 churches throughout the tri-state area and through membership and participation in the Lions Club. In 2011, just prior to the April 27 tornados, the Dade County Lions Club was recharted and Moreland elected as Charter President.

A proclamation honoring Moreland by the Dade County Board of Commissioners said, “The Lions Club was instrumental in helping Dade County citizens get back on their feet by direct donations of gift cards under Jane’s leadership.”

A pin with an Award of Excellence and Character was presented to Moreland by Superintendent Dr. Jan Harris and the Dade County Board of Education.

“Congratulations, Jane Moreland, on your retirement!” Dr. Harris said.  “Proud to present Jane an Award of Excellence and Character on behalf of the Dade County Board of Ed! She is a woman of character and class.”