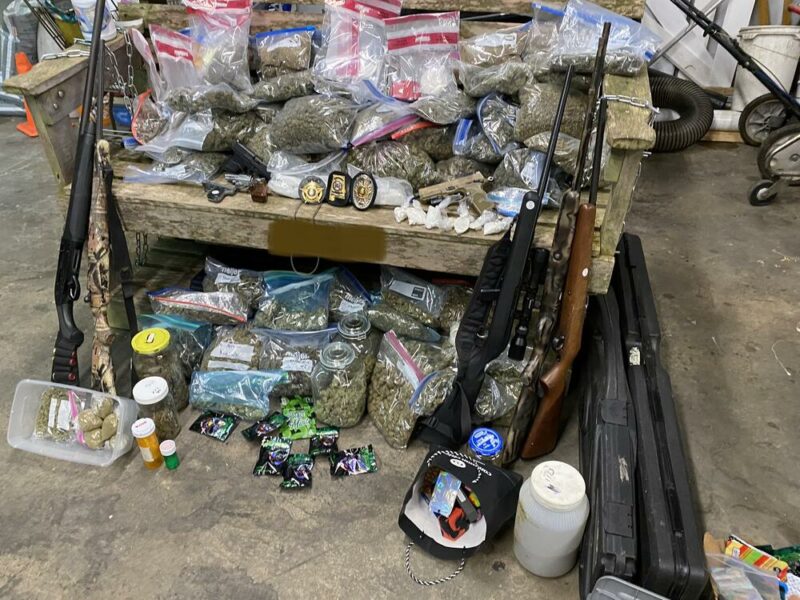 During LIEGHTNER’s arrest, drug agents located and seized 361 grams of Methamphetamine, 326 ounces of Marijuana, 168 grams of Crack Cocaine, 51 grams of Cocaine HCL (Powder), 86 grams of Fentanyl, 420 grams of Spice (Synthetic Cannabinoid), 31 grams of Psilocybin Mushrooms, 4 handguns and 7 rifles.  This seizure will result in additional charges being pursued against LEIGHTNER and others.