Georgia Governor Brian Kemp made an early morning stop in Dade County, Friday before heading to Lafayette to announce an expansion at Roper.

Governor Kemp met with approximately fifty members of the Dade County community at Larry’s Restaurant, including a number of fire department personnel, EMTs, and sheriff deputies. The event was organized and privately paid for by Executive Chairman of the Dade County Commission Ted Rumley, in order to give the members of the emergency personnel and law enforcement a chance to thank the governor while he was in the area. According to Chairman Rumley, Kemp was a main instigator to the checks that personnel received in December. Each member of emergency services from the Director of Emergency Services to volunteer firefighters received a payment of at least $300. “We just wanted to show him how grateful we were,” stated Executive Rumley. 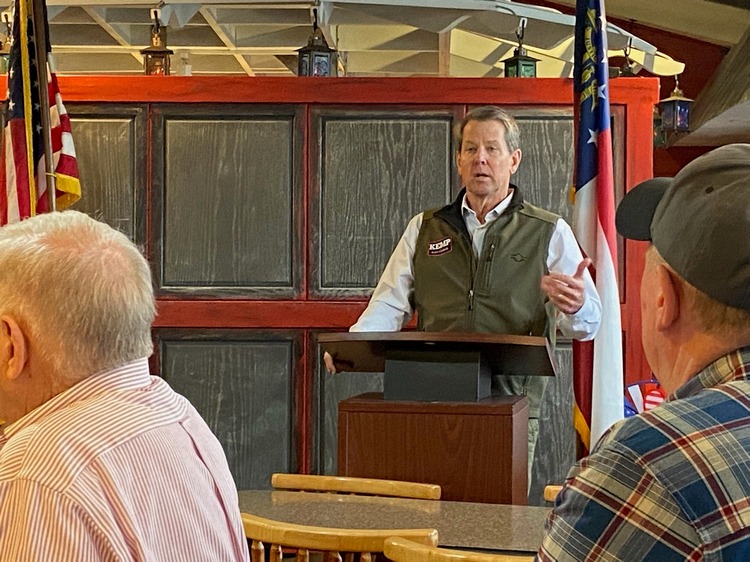 Kemp left Dade County following the breakfast, heading to the Roper Corporation in Lafayette to announce the new expansion of their production line. The expansion promises to bring 600 jobs to the North Georgia area over the next few years.

“We’re strengthening rural Georgia. We’re making sure that people have opportunity; no matter what part of the state they live, what neighborhood they live in, or what zip code they’re in. And we’ve been doing that better than anybody in the country; even in the global pandemic,” says Kemp.

Georgia continues to be the number one state to do business in, according to Area Development Magazine.