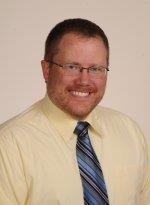 Superintendent Joshua Ingle appeared on the K-WIN Today program this Tuesday morning to speak further on Principle Fahrney’s tenure at Dade County High School. “He’s still the principal through the end of his current contract,” says Ingle. “He’s been a part of this team for well over 10 years.”

Ingle stated that, once the position is officially posted; the School Board’s next action will be to survey the current staff of Dade County High School; asking questions to try and figure out what it is they might be looking for in their next principal. Ingle announced that Director of Academics Patti Johnson will facilitate a committee to look through applications for the position. According to Ingle, there are over 20 open vacancies for principals in the state of Georgia when he last checked TEACHGEORGIA.org, which is a lot for this time of year. Most open positions have been historically posted in the Spring, according to Ingle.

“I openly encourage any of our current staff that feels like they may be qualified to apply,” says Ingle.

You can watch Monday’s School Board meeting below: