City and County elections rarely happen simultaneously. But, because of the untimely death of Commissioner Allan Bradford earlier this year; Dade County will have special called election for his replacement. This will coincide with the regular City election for both Police and Parks & Recreation Commissioners. The early voting for each of these elections will begin on Tuesday, October 12th.

Parks & Rec Commissioner Terry Powell is running unopposed, while current Police Commissioner Kirk Forshee is being challenged by 30-year law enforcement veteran Mike Norris. City voters will also be asked to decide if they would like to see a liquor store be allowed to open within the City of Trenton. Liquor-by-the-drink and Sunday alcohol sales will also be questions appearing on the ballot.

As for the County Commission District 4 position to fill the unexpired term of Allan Bradford, you’ll be asked to vote for Melissa Bradford (who currently holds the seat after appointment by the Commission earlier this year) or Lookout Mountain resident Bella Donna.

Voting times will be slightly different this go-around after Senate Bill 202 passed and was signed into law by the governor. Advanced voting times are now 9:00-5:00 Monday through Friday with 2 Saturday opportunities, also between 9-5; The first being this Saturday, the 16th.

All registered voters in the County may vote in the special called election for the District 4 seat; and if you are registered in the city, you may vote for both races. Attached is a preview of the questions on the ballot. If you are voting in either election, bring your registered ID. 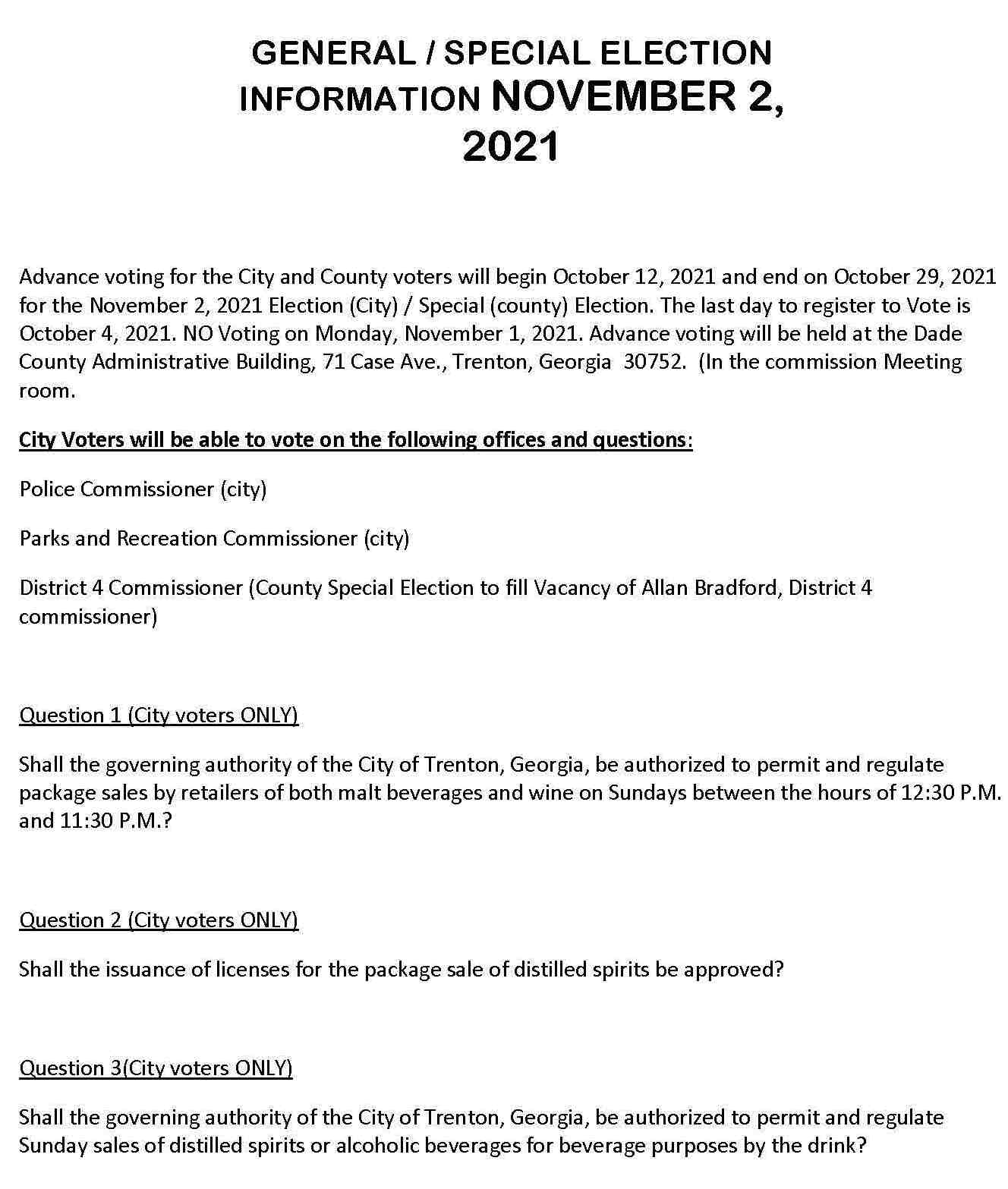 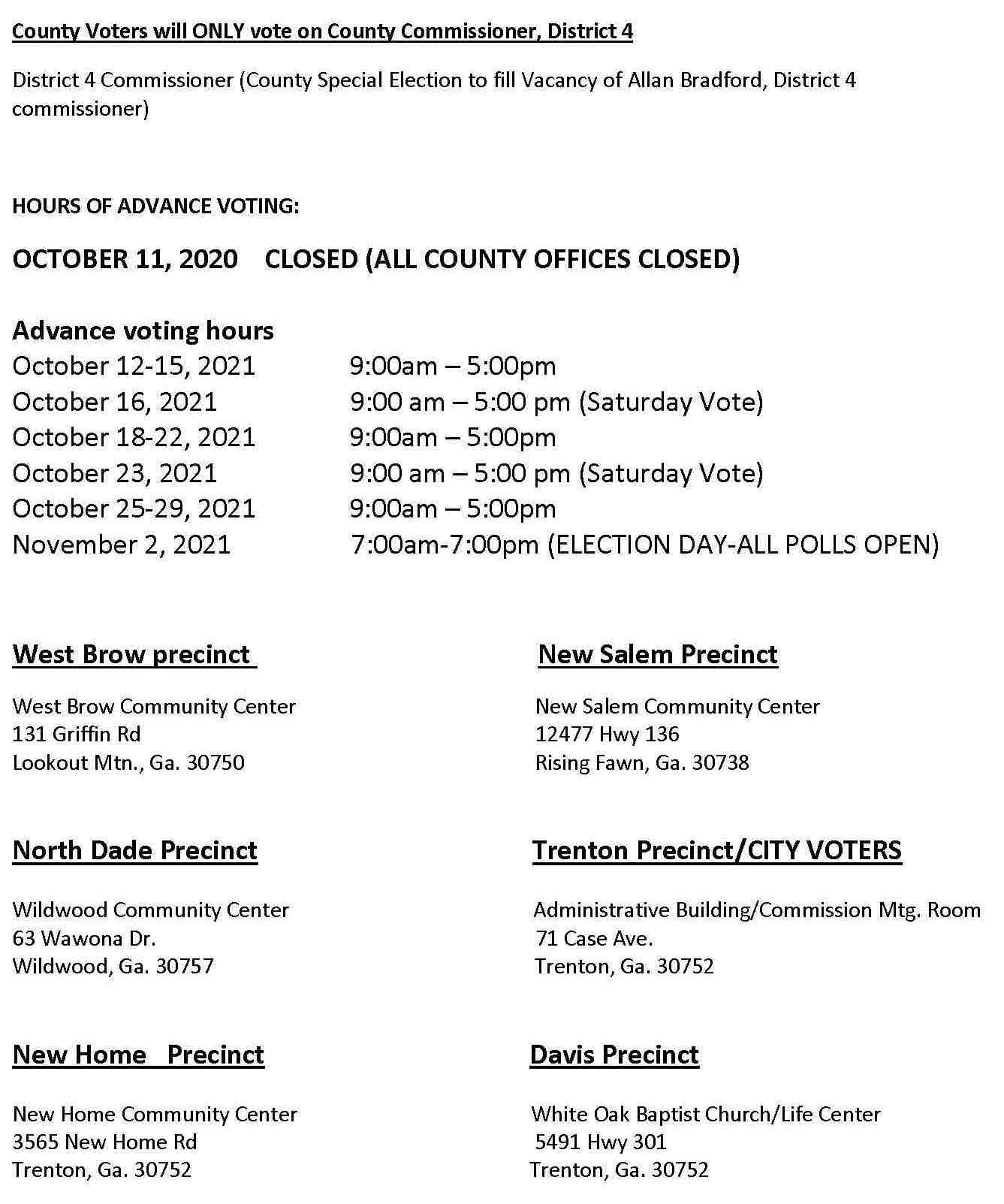 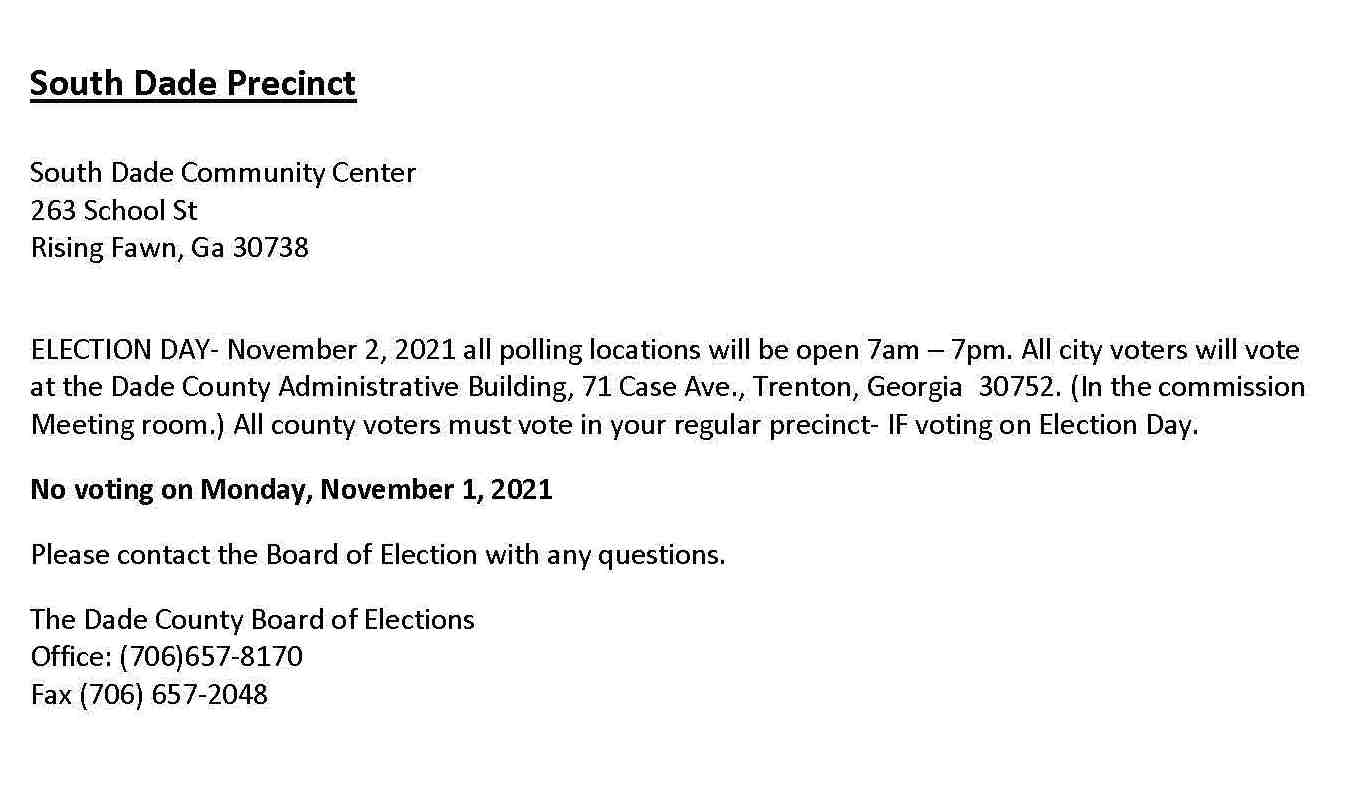