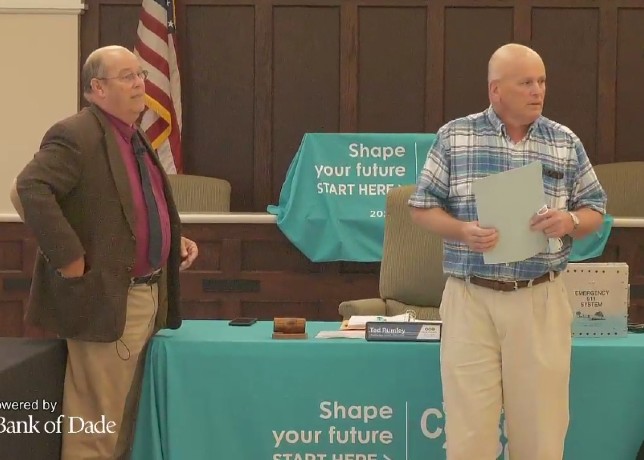 The man who set up Dade County’s first 911 system was honored by Dade County Commissioners at their August meeting.

Evan Stone spoke about using the first 9-1-1 system with binders full of phone numbers in the county in numerical order. When someone called they would look up the number in the binder and see the name and address that went with it.

Page is retiring after more than 40 years of service with Trenton Telephone Company.

Dade returns to lead the region with the lowest ...
Thursday, October 22

A second vehicle pursuit in less than 24 hours ...
Previous Next