Dade County teachers will be happy to learn that they are going to get a $1,000 teacher retention bonus this year according to Georgia Governor Kemp’s announcement during his most recent State of the State Address speech. Dade County has 293 employees that qualify for this bonus, totaling $289,960 in total. Also, the school system has flexibility, thanks to CAIR, to use federal relief funds to cover everyone that is not granted the state government-granted bonus. Those additional funds will be covering roughly between one to two dozen employees. On another high note, last week was the first week since the beginning of school in which the entire school system had 0 quarantines and 0 positives related to covid-19.

The school system’s Lifetouch Photography Agreement was officially renewed for next year which will take care of student portrait needs. The board was also informed that all updates to the school media centers discussed in previous meetings were completely finished by the beginning of May. In following, representing Scenic Dade Development Company, Ashleigh Garmany came before the board to introduce a plan to install a “walkable green space through Trenton City Center”. In order to do this, the Scenic Dade Development Company is seeking cooperation and support from the school board. More details concerning the plan will be discussed again in the near future.

Dade County Schools have also reviewed and slightly changed Policy JCBC, which covers special rules and regulations concerning students attending Dade Schools who live outside the county. From now on, these students will no longer have to redo the out-of-state student application process year by year. Instead they will simply fill out the application one time only and then officially review it each following year. The board then discussed plans and funding for seeking out a new Parent-Mentor staff person, which will serve as a mediator figure for students and parents of students being served by an IEP (Individualized Education Program). The board then approved an A/C unit replacement for Dade Elementary School at the cost of $12,200 and salvage what good parts are left of the one being replaced. 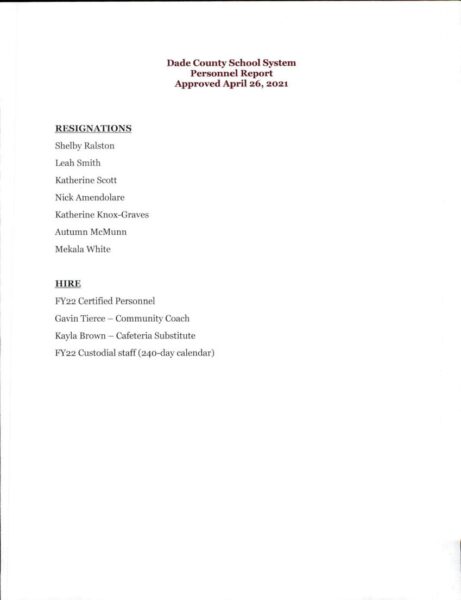 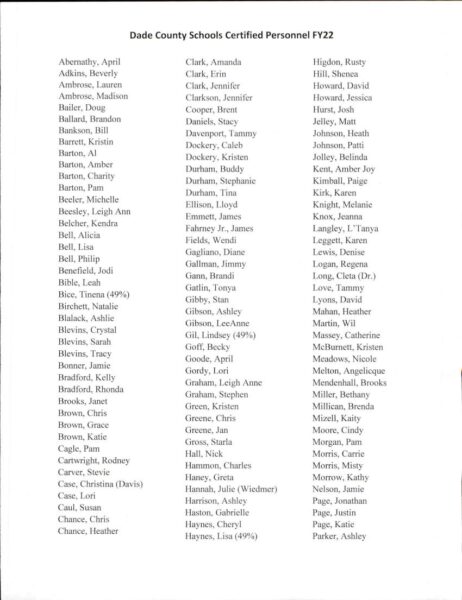 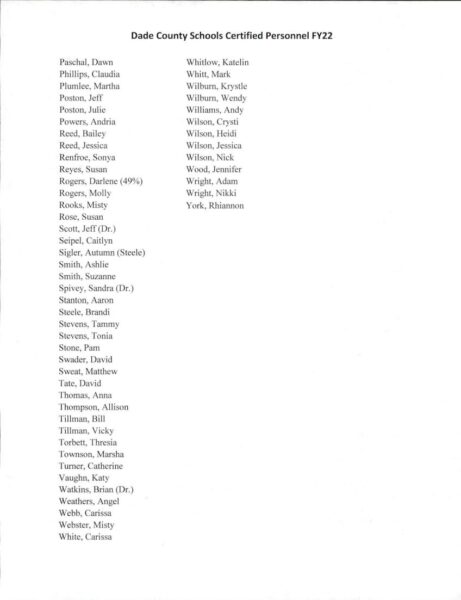 Under a new state rule, effective July 1, all students ...
Previous Next