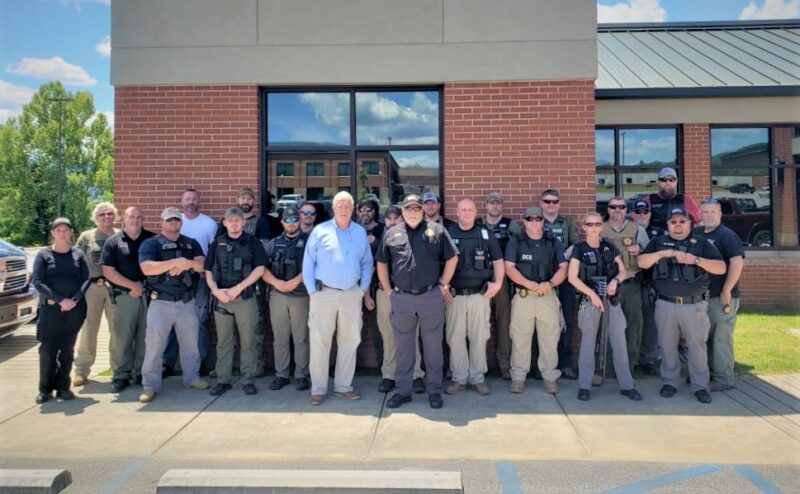 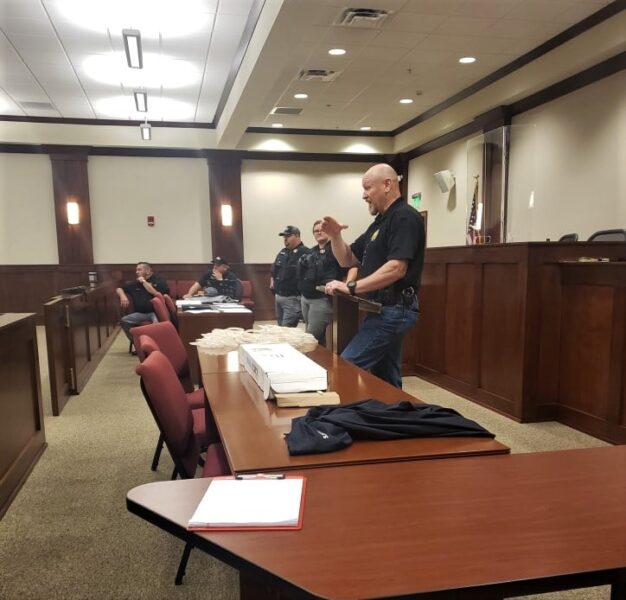 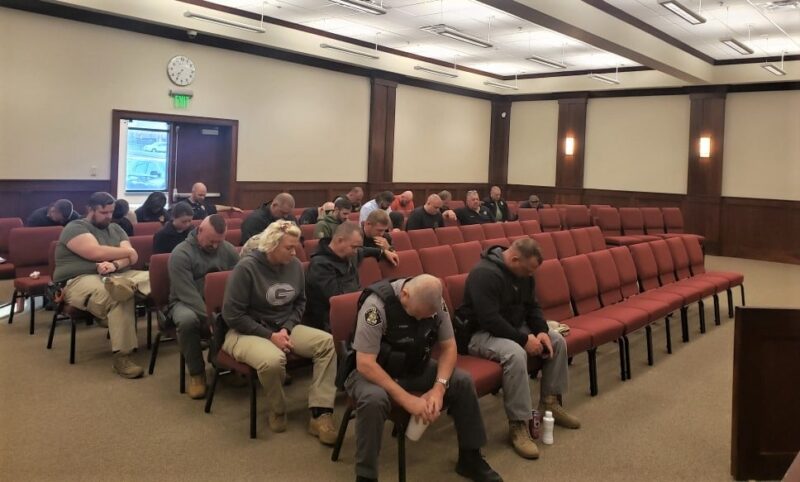 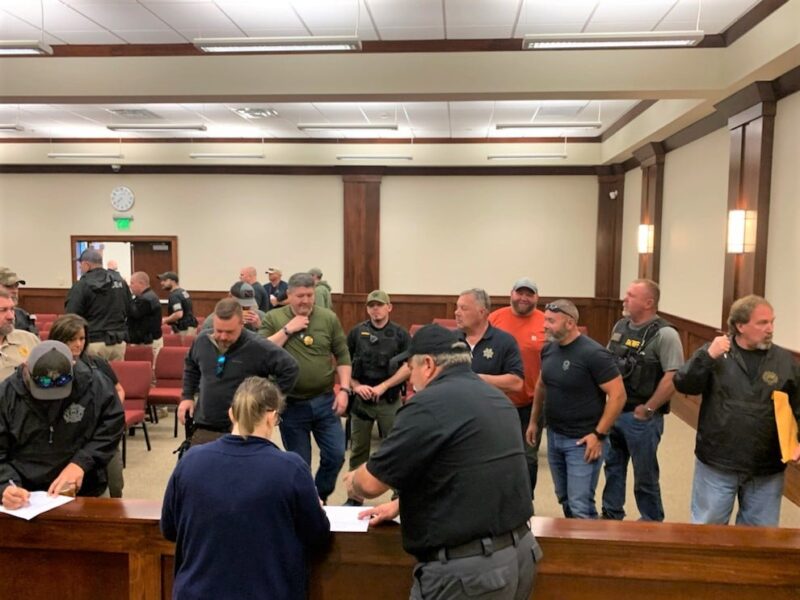 Dade County Sheriff’s Office hosts multi-jurisdictional warrant round up
Last Weekend (May 14-16) Dade County Sheriff Ray Cross invited multiple agencies to Dade County in a multi-jurisdictional Warrant Round Up. 11 Agencies and more than 30 officers came together and were able to clear 19 outstanding warrants with placing 14 subjects in custody. Several other arrests and warrants were also served across state and county lines.
Chief Investigator Tim McKaig along side Sheriff Ray Cross managed the round up in addition to swearing all out-of-state officers in.
Magistrate Judge Joel McCormick assisted and signed Extradition Waivers for subjects who were wanted out of state; their respective agencies transported them back to their state/counties when the round up was done.
We would like to send a special thank you to the Dade County Sheriff’s Office Chaplain Rex Mayo who sent all officers out into the field under prayer.
The most notable arrest made was that of Brock Abercrombie 37, of Rising Fawn, Ga who was wanted out of Cherokee County, Alabama. He was wanted for over 20 counts of Sexual Abuse of a Child under 12 years of age.
“We sent a message, pressure was placed on those who elude the court system, supervision, and to those who continue their pursuit in criminal activity” Sheriff Ray Cross
Thank you to all Agencies who attended!
Hamilton County, Tennessee
Marion County, Tennessee
Jackson County, Alabama
Dekalb County, Alabama
Georgia Probation/Parole Dept. Community Supervision
Lookout Mtn. Judicial Circuit Drug Task Force
Chattooga County, Georgia
Walker County, Georgia
Georgia State Patrol
FBI Attachment Dalton, Georgia
13 Officers from Dade County Sheriff’s Office