The training event was focused on the possibility of an active shooter in the high school. The organizations, with Dade County Sheriff’s Department in the lead, ran scenarios that contained the potentiality of encountering different scenarios; some of which included responding to the dead or injured members of the staff or student body.

“It was an overall success and went well,” said Sheriff Ray Cross. “Everyone coordinated and worked well together. Of course, (the exercise) was pre-planned so that everyone was aware and knew how to respond.”

This type of training event has become commonplace and should be seen as expected in upcoming years. By May of 2022, there has been a recorded 27 active shooters in school systems in the United States. Police have found the need to be prepared for the eventuality of such an occasion.

Sheriff Cross expressed an adamant desire for the protection of the children of Dade County. “One of our main priorities is keeping our children safe. As Sheriff, I will do whatever it takes to keep our children safe,” expounds Cross. “And, if anyone at any time poses a threat to our children, they will not like the outcome of the response.” 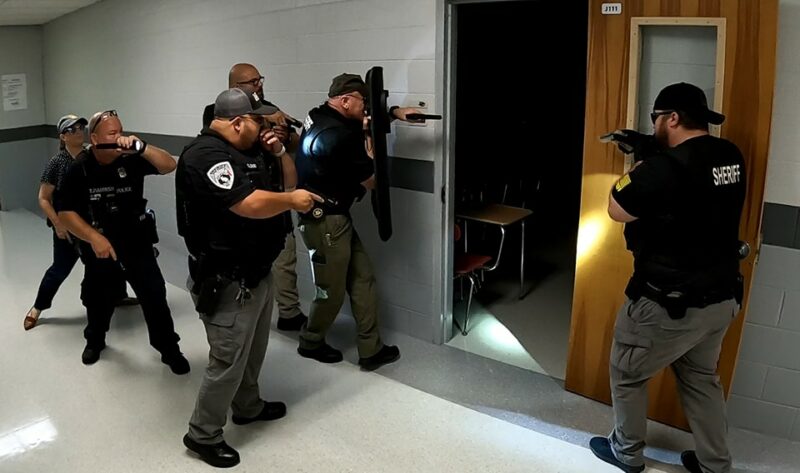 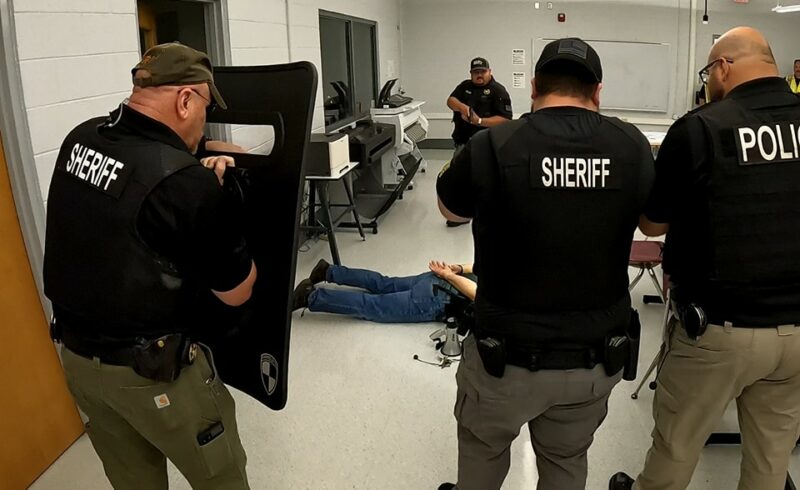 An officer mimics being detained as a surrendering active shooter 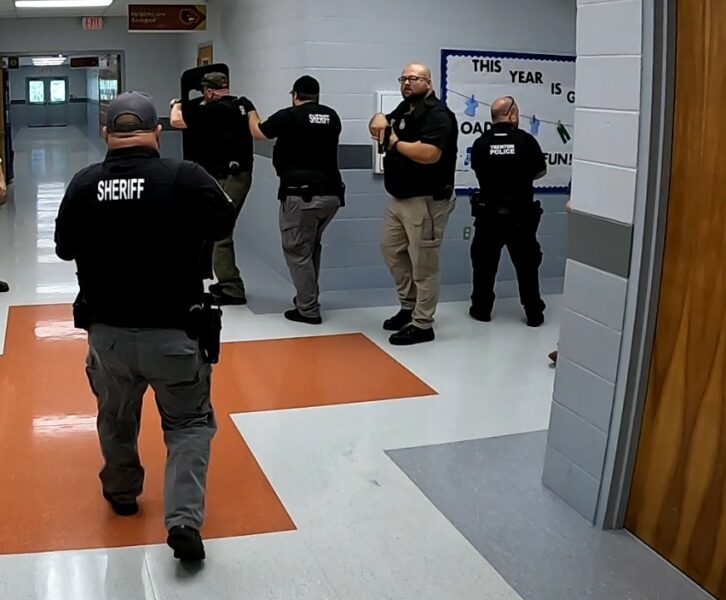 Officers sweep the main hallway during active shooter training, one day before students return to class 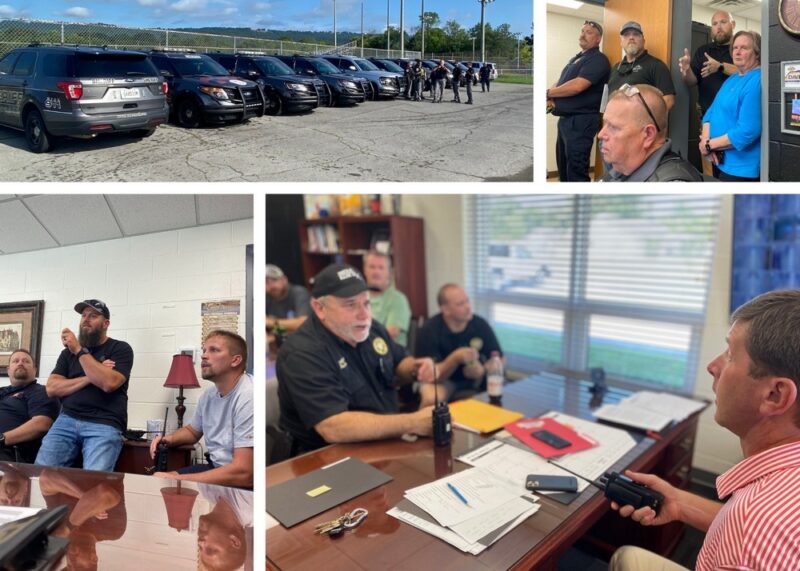