Anonymous Letter Circulates Amongst Parents in Davis Community: “Renewed Distrust in a Community and a Call to Action”

The letter, sent to the editors at the Mountain Valley Independent, has been circulating amongst parents since the County Commission meeting on November 3rd, after Philip Hartline and General Bob Woods expressed concerned that the school board had not kept their promise to the Davis Community to rebuild the “rock building.” Woods, who served on the school board when the decision was made, expressed similar sentiments that are found within the letter.

The letter, titled “Davis Elementary: The Renewed Distrust of a Community and a Call to Action” speaks of a long history of the Davis community being looked over for the “schools in the valley,” and cites the fact that Davis Elementary was recently named a Title I Distinguished School. This honor is only bestowed on the top 5% of schools in the state.

You may read the entire letter below, which was written by “someone with an intimate knowledge of the situation,” according to the source, and is being passed around to the “dozens” of “outraged” members of the Davis Community. The call to action included will happen at Monday, November 14th’s Regular Meeting of the Dade County School Board at 5:00pm; presumably during the public input section. 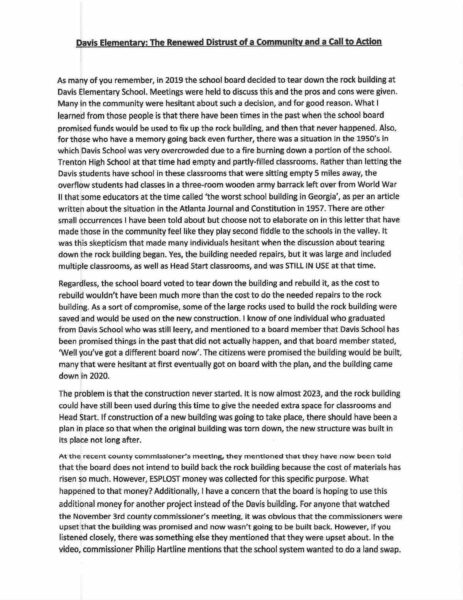 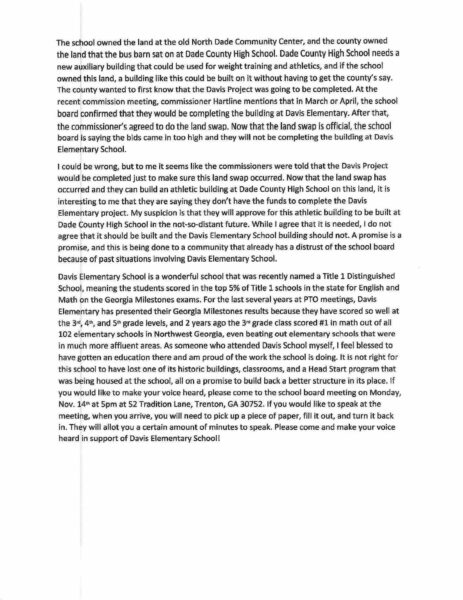