No bodily system operates with more complexity than the immune system. A litany of cells and organs play significant roles in contributing to the body’s ability to adapt and be resilient under stress. Most of these functions involuntarily through the guidance of the central nervous system.

The immune system recognizes when certain foreign invaders appear dangerous. Humans possess three types of immunity: innate, adaptive, and passive. Innate (naturally occurring) immunity comes programmed into babies at birth. Innate immunity provides a general type of protection. An example involves the skin acting as a barrier to block germs from entering the body. Adaptive (active) immunity develops throughout a person’s life. Adaptive immunity builds through exposure to diseases. Passive (borrowed) immunity involves temporarily borrowing protection from another source such as when an infant borrows from a mother through the consumption of breast milk.

Many cells and organs work together to protect the body. The primary organs involved in immunity include the thymus gland, spleen, adenoids, tonsils, lymphatic system, and bone marrow. The immune system ramps up whenever antigens and foreign substances trigger a defense warning. The immune system and dependent organs attack germs and helps keep people healthy.

All of this information becomes important to patients under Chiropractic care because spinal adjustments are shown to de-activate the sympathetic nervous system through the activation of the parasympathetic nerves. Chiropractic adjustments positively influence immunity by reducing the tone of the sympathetic nervous system. Chiropractic patients of all ages and gender experienced immunity benefits through adjustments. Over 100 years of evidence testifies to better health when the nervous system functions optimally. Chiropractors pursue a health care mission that provides life changing adjustments which influence numerous aspects of wellness and performance.  Millions of people take a proactive stance on health care by seeking natural solutions and emphasizing maximum immunity with as few side effects as possible. A reactive approach to sickness invites fear and uncertainty. Chiropractors help their practice members be more prepared for the uncertainties by leading them to proactively build immunity and maximize health and performance. 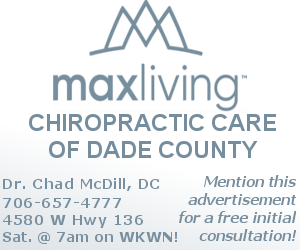