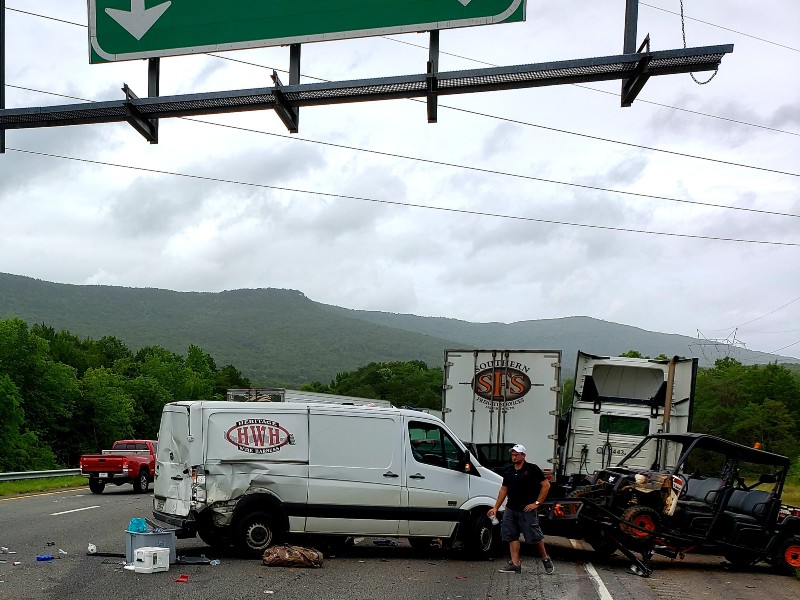 Those headed to and from Chattanooga Friday afternoon found themselves looking for alternative routes as two wrecks caused traffic issues in Dade.

The first wreck happened around 2:30 p.m. on I-24 E near Highway 299 at the Wildwood exit. The two-car accident caused traffic problems for about an hour. One person was transported to the hospital with minor injuries.

An eight-car pileup occurred just after 3 p.m. on I-59 N at the I-24 E split. The accident included two semi-trucks, one van, and five passenger vehicles according to the Dade County Sheriff’s Office. Multiple people were transported to the hospital, but none with life-threatening injuries.

The accident scene was cleared for traffic by 6:10 p.m.

The eight-car accident is still under investigation by the Georgia State Patrol.

The hours of the ten drive-up testing locations in ...
Thursday, July 9

The report has not yet been completed on the ...
Thursday, July 9

Nearly twenty-four years of service in the Lookout Mountain ...
Previous Next