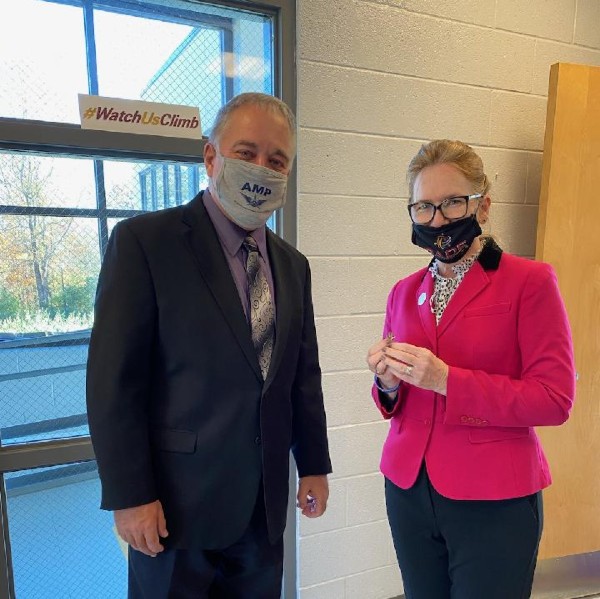 Dade County School System was honored this week with a visit by State Superintendent of Schools Richard Woods.

Superintendent of Dade County Schools Dr. Jan Harris spoke about Woods’ visit during the November 16 Board of Education meeting. Harris said Woods, accompanied by his wife Lisha spent time in the fourth grade classrooms at Dade and Davis Elementary Schools, presenting all 4th grade students with copies of the Constitution.

Harris gave board members their own copies of the Constitution from Woods and said she had been received a pin from Woods in recognition of her service to Dade County Schools which he took off his own lapel and presented to her.