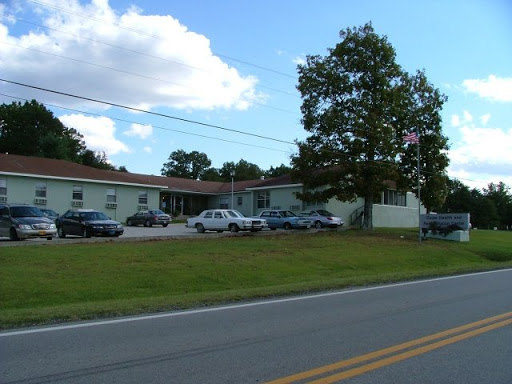 The Davis Volunteer Fire Department is on Fire Watch at Dade Health and Rehabilitation on Sand Mountain after a sprinkler system caused damage and shut down the sprinklers temporarily.

The fire department posted about the situation on their Facebook site Saturday afternoon.

“At approximately 11:35 we were dispatched to a Fire Alarm at Dade Health and Rehab on Hwy 301 S. We were advised that the ceiling in the dining room and fallen in and there was smoke showing.

Upon our first units arrival it was found to be a sprinkler system failure with a blown sprinkler head in the dining room. We were able to get the issue under control quickly. Unfortunately the sprinkler system is out of service for the next little while.

Currently we have units standing by on scene providing Fire Watch till the time the sprinkler system is repaired. We also have other agencies on standby for coverage of our district. Thank you to all agencies who are assisting.”

The Davis Fire post also noted that no residents or staff were injured by the incident.