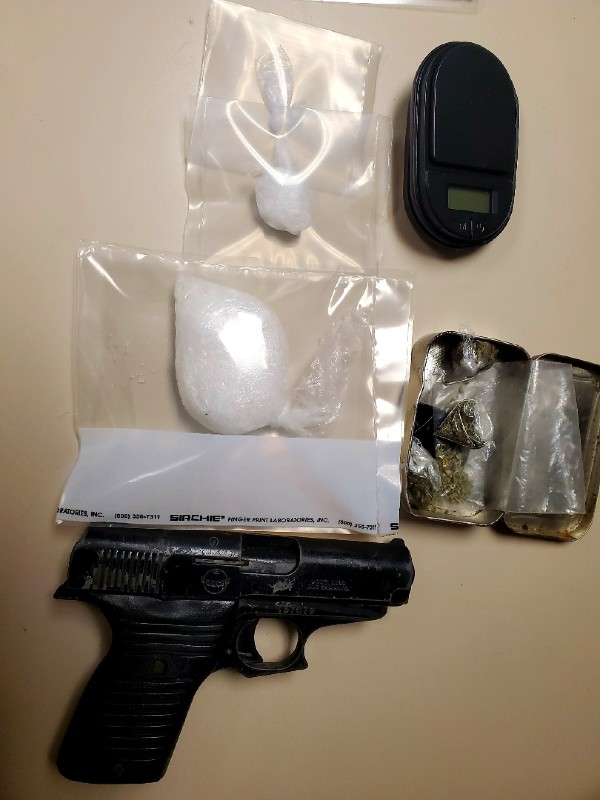 A routine traffic stop last Thursday resulted in three arrested on drug charges.
Public Information Officer Hailey Smith with the Dade County Sheriff’s Office said Deputies seized 55 grams of methamphetamine from a routine traffic stop on November 12, 2020.
At approximately 10 p.m. that night a Dade County Patrol Unit conducted a traffic stop on I-24 West with a vehicle for changing lanes improperly. The vehicle was occupied by three subjects from Tennessee who were subsequently arrested.
As part of the stop, a criminal investigation concluded those in the vehicle were in the possession of a large amount of methamphetamine, a firearm, digital scales, and marijuana.
“Minor traffic violations do reveal further criminal activities,” Sheriff Ray Cross said. “My deputies work hard to stop these drugs from entering our county.”
Arrested were Jennifer Bolton, age 39, of Whitwell, TN; Matthew Bragg, age 32, of Sequatchie, TN; and Raymond McCollum, age 54, of Sequatchie, TN. (Pictured in order below)
Each of those arrested were charged with trafficking in methamphetamine, possession of methamphetamine, possession of drug related objects, and possession of a firearm during a felony.
(Pictured above: drugs and items found during traffic stop.)