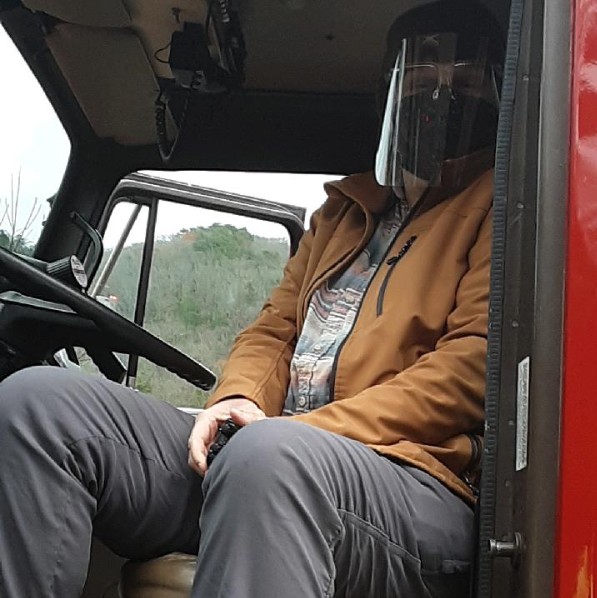 COVID has affected all of us in one way or another, but Volunteer Firefighter Crystal Smith with the New Home Fire Department has been avoiding COVID while fighting cancer.

Smith has spent the past several months in quarantine while she was undergoing her chemotherapy treatments. Earlier this week, Smith received her final treatment, but thanks to COVID was unable to ring the bell.

As a surprise and to celebrate the end of this part of Crystal’s journey, first responders from volunteer fire departments in Dade County as well as Dade Sheriff’s Deputies met the vehicle carrying Smith at the Dade County line and escorted her home. Smith sounded the siren to commemorate the end of her treatment.

Smith has volunteered with the New Home Fire Department since 2015. After chemo, Smith still has other procedures and surgery left to go in her fight against cancer.

“Finishing Chemo was the end of one fight, but there is still a battle to be won,” Smith said.