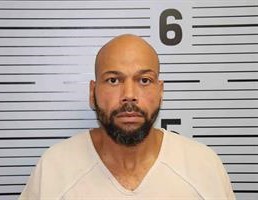 A kidnapping reported in Jackson County, AL ended in recovery of the child and the arrest of an Indiana man.

According to a press release by the Jackson County Sheriff’s Office, a report of a possible kidnapping came in at approximately 6 pm on Sunday December 6, 2020. Members of the Hollywood Police Department and the Jackson County Sheriff’s Office responded to Highway 72 in Hollywood, Alabama to the report of a possible kidnapping of a 3 year old child.

According to the mother, at about 2 PM the same day, Duane E. Herron, who had been staying at the mother’s residence, asked the mother to borrow her vehicle to take her 3 year old child to the park in Scottsboro, the press release says. When Herron and the child did not return after several hours, the mother called Herrona several times and received varying stories as to where they were located and when they would return home. At around 6 PM, the mother contacted the Jackson County Sheriff’s Office.

A description of the vehicle, suspect and the child were given out to law enforcement agencies and around 9 PM the vehicle was located in Rogersville, Alabama at a gas station by Lauderdale County Deputies.

Herron, age 45 of Elkhart, Indiana, was taken into custody and held for the Jackson County Sheriff’s Office where he was later arrested and charged with Kidnapping 2nd degree and Unauthorized Use of a Vehicle.

No bond has been set at the time of this release. The child was returned to his mother safe and unharmed. This investigation is continuing by the Jackson County Sheriff’s Office Investigations Division.

According to a statement provided by the City Clerk, ...
Tuesday, August 3

As open houses are schedules and schools are set ...
Wednesday, July 28

Trenton City Council has approved an increase in City ...
Previous Next