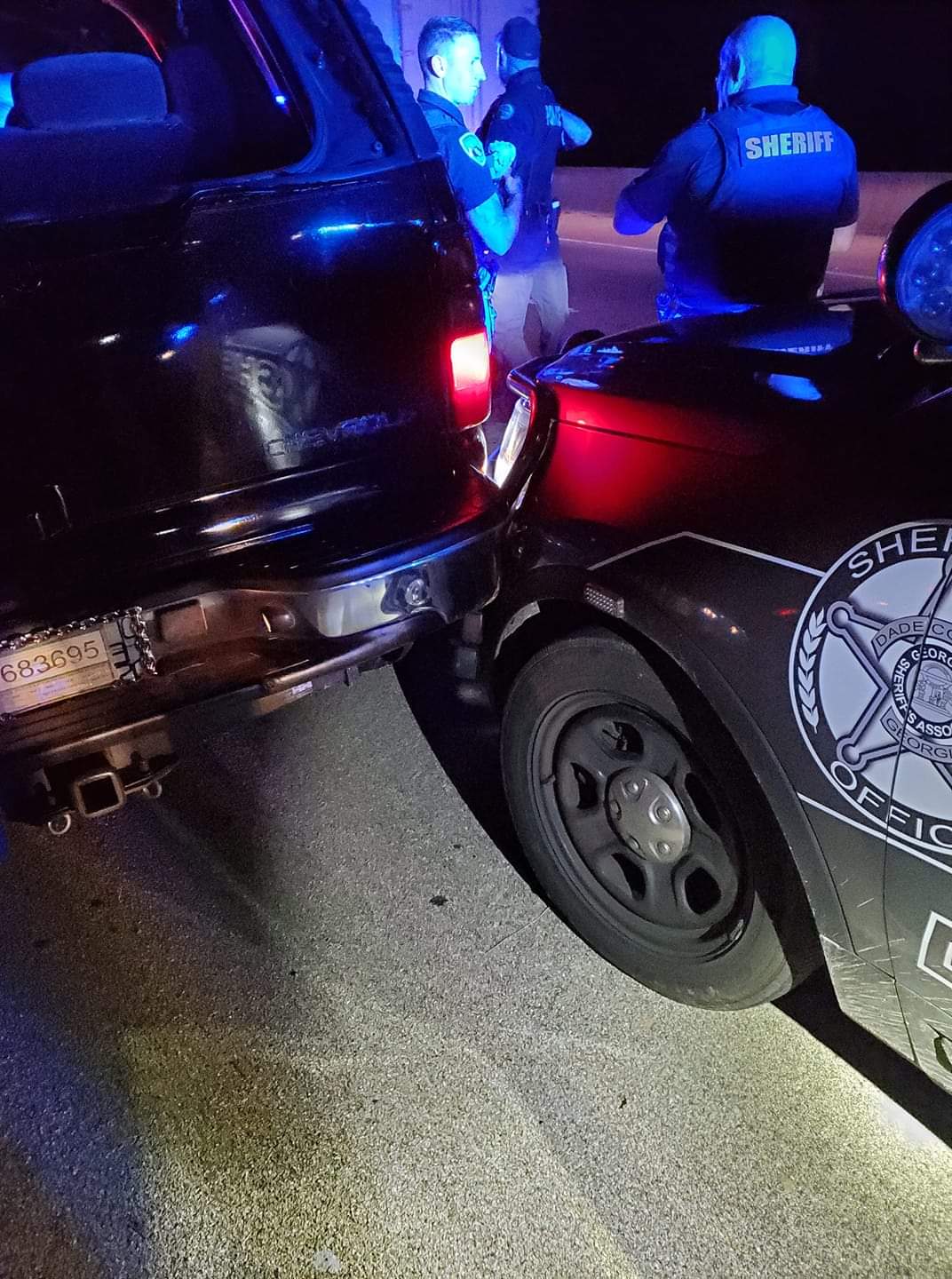 The Dade County Sheriff’s Department is reporting that they had a felony pursuit beginning in Chattanooga and ending in Dade County last night.

“On October 19, 2020 at approximately 11:11 p.m. Dade County Deputies were notified of a pursuit entering the county,” the Dade County Sheriff’s Office post on social media said. “Chattanooga PD and Hamilton were in pursuit of a SUV suspected in an armed robbery.

Dade County joined the pursuit on I-24 East at the Marion County line where THP (Tennessee Highway Patrol) assisted with deploying spike strips; which were successful. A Dade County unit then ended the pursuit by pinning the suspect vehicle in. No injuries reported.

Two suspects were taken into custody for possessing a stolen vehicle, felony eluding, and possession of controlled substances.”