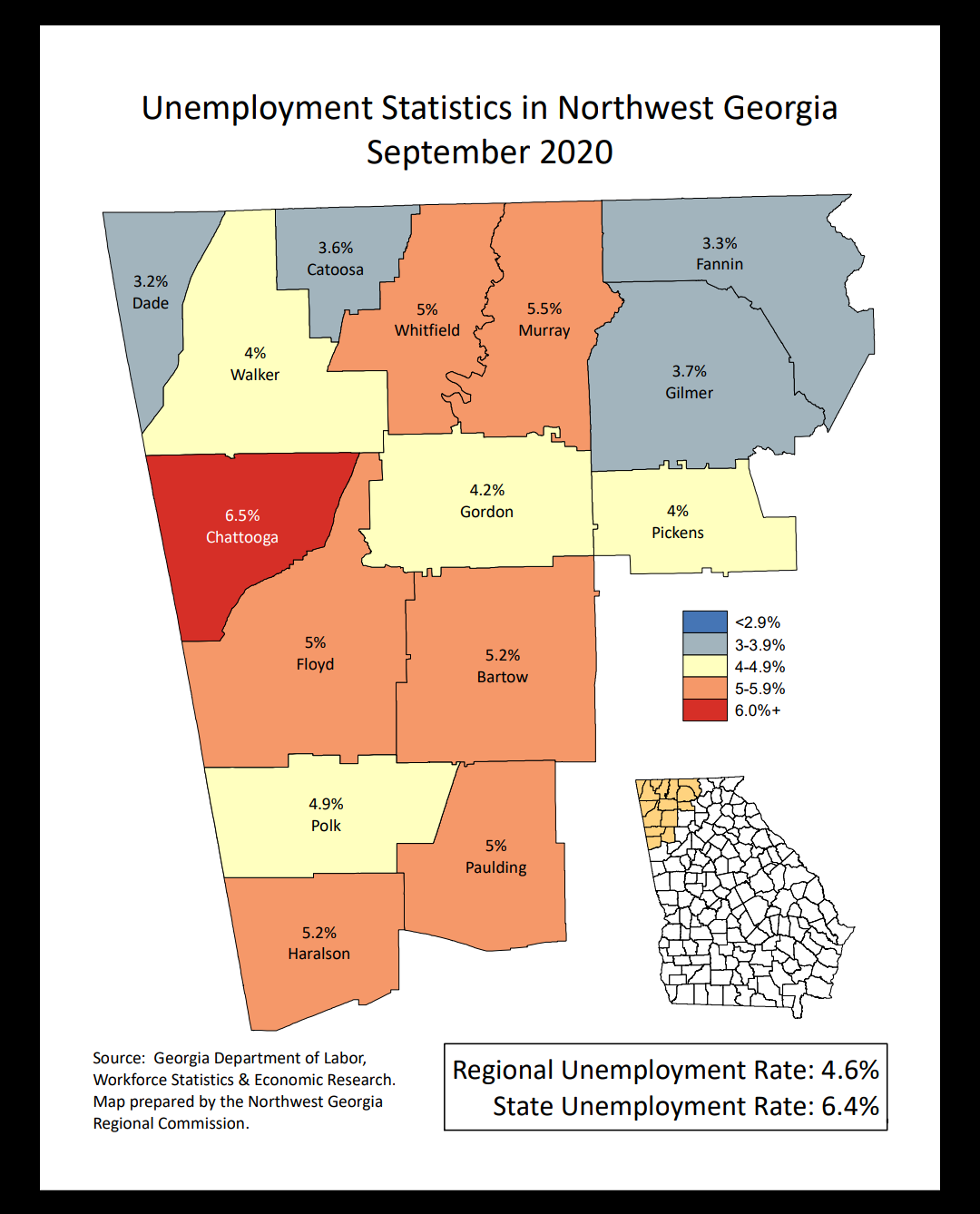 Dade returns to lead the region with the lowest unemployment rate for September.

Sen. David Perdue ‘invites’ AOC to state to campaign for his opponent

A third order of Judicial Emergency has ...
Monday, November 23

Families in Northwest Georgia are preparing for the Thanksgiving ...
Previous Next