April 12, 1928 - November 29, 2020
Lela Atkins, 92, of Trenton, passed away Sunday, November 29, 2020 in a local health care facility. She was the daughter of the late Tom and Susie McKenney Scott of Ft. Payne, Al. Lela was preceded in death by her husband, Homer (Jack) Atkins, her siblings: Lucille Williams and Dewey Scott of Ft. Payne, Al, and Dovie Williams of Rainsville, Al.
Lela worked for many years at the family gas stations, Atkins Standard and Atkins Chevron. She was the manager of Hancock Fabric in Trenton, and also worked at the Trenton Spinning Mill. She was a strong, determined, independent woman who loved to travel with her friends, watch Braves baseball and try her hand at the slot machines. She was a long-time member of Byrds Chapel Methodist Church and later in life became a member of Trenton United Methodist Church.

A private graveside service will take place at Lake Hills Memorial Gardens with Rev. Reece Fauscett and Rev. Dennis Flaugher officiating.
A special thanks to the nurses and staff of Dade Health and Rehab for their invaluable care for the last two 1/2 years.
In lieu of flowers, donations may be made to Trenton United Methodist Church or to St. Jude.
Arrangements are by Ryan Funeral Home & Crematory, Trenton. 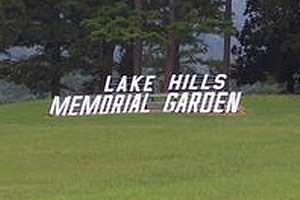 Dade voters will be asked to return to the ...
Previous Next