The body of civil rights icon Rep. John Lewis, D-Ga., who died at the age of 80 on July 17 after a battle with pancreatic cancer, crossed the Edmund Pettus Bridge in Selma, Ala., for the final time Sunday.

Sunday found him crossing alone — instead of arm-in-arm with civil rights and political leaders — after his coffin was loaded atop a horse-drawn wagon that retraced the route through Selma from Brown Chapel African Methodist Episcopal Church, where the 1965 march began.

As the wagon approached the bridge, members of the crowd shouted, “Thank you, John Lewis!” and “Good trouble!” the phrase Lewis used to describe his tangles with White law enforcement during the civil-rights movement. 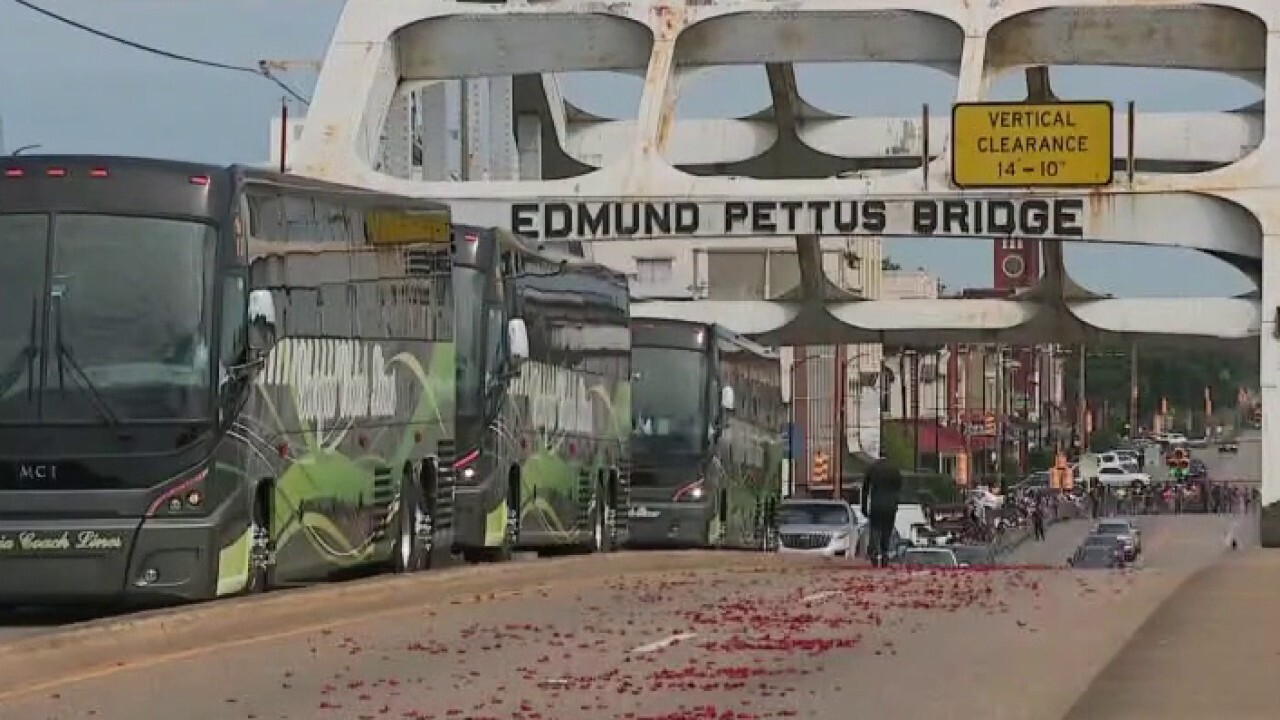 Some crowd members sang the gospel song “Woke Up This Morning With My Mind Stayed on Jesus.” Later, some onlookers sang the civil rights anthem “We Shall Overcome” and other gospel tunes.

The wagon rolled over a carpet of rose petals, pausing atop the bridge over the Alabama River in the summer heat so family members could walk behind it. On the south side of the bridge, where Lewis was beaten by Alabama state troopers in 1965, family members placed red roses that the carriage rolled over, marking the spot where Lewis spilled his blood and suffered a head injury.

As a military honor guard lifted Lewis’ casket from the horse-drawn wagon into an automobile hearse, Alabama state troopers, including some African American ones, saluted Lewis. 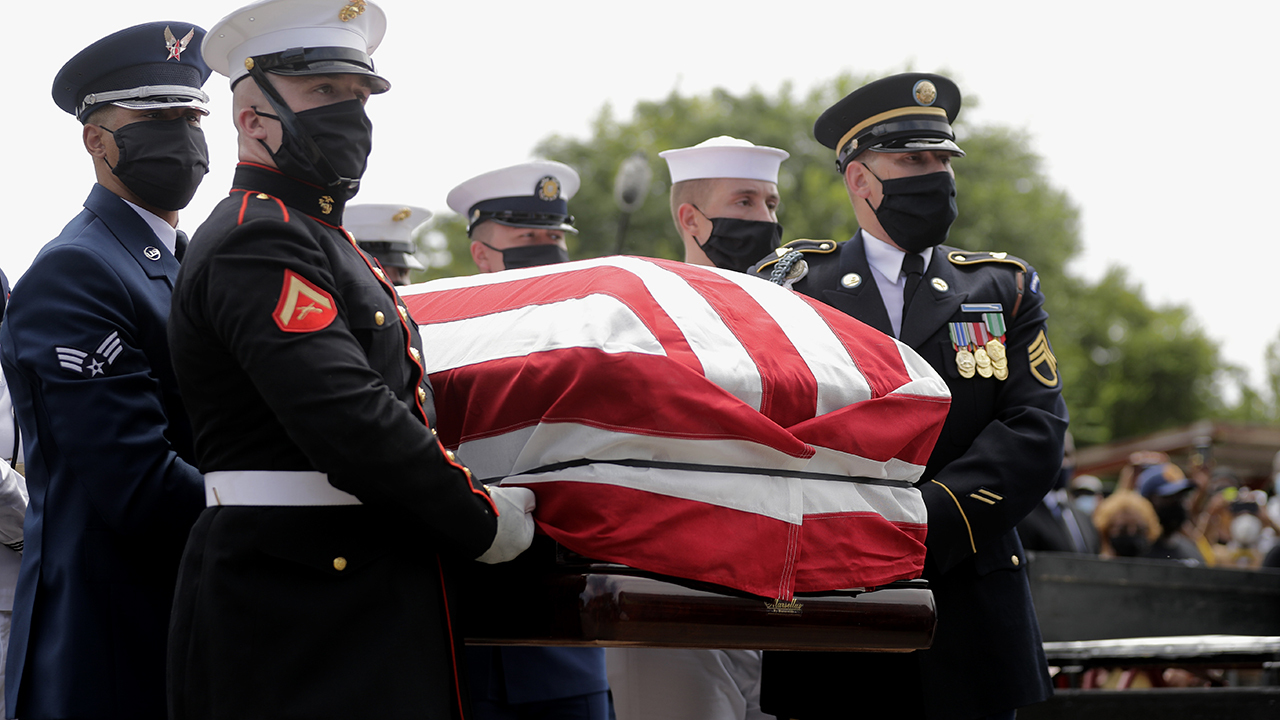 Lewis’ body was then taken to the Alabama Capitol in the afternoon to lie in repose, retracing the route marchers took in the days after Bloody Sunday to demand justice from Alabama Gov. George Wallace.

The bridge became a landmark in the fight for racial justice when Lewis and other civil rights marchers were beaten there 55 years ago on “Bloody Sunday,” a key event that helped galvanize support for the passage of the Voting Rights Act. Lewis returned to Selma each March in commemoration.

Lewis left his family’s farm in Pike County, Alabama, in the 1950s to begin the fight against segregation and racial oppression.

Lewis served in the U.S. House of Representatives for Georgia’s 5th Congressional District from 1987 until his death.

A series of remembrances began Saturday in Lewis’ hometown of Troy, Ala., to pay tribute to the late congressman and his legacy. He will lie in state at the U.S. Capitol this week before his private funeral Thursday at Atlanta’s historic Ebenezer Baptist Church, which the Rev. Martin Luther King Jr. once led.

The Associated Press contributed to this report.

Frank Miles is a reporter and editor covering geopolitics, military, crime, technology and sports for FoxNews.com. His email is [email protected]