Moore, a former state legislator who staked a claim as the first elected official in the U.S. to endorse Trump in 2015, has been very active on social media in supporting the president’s legal challenges to the election results and refusal to concede. And, in an interview with Fox News this week, he emphasized a desire to address “election integrity” in Congress “regardless of who wins the election.”

“We got to get it right. We got to make sure that either 70 or 80 million people don’t feel disenfranchised and feel like it was stolen, regardless of which direction it goes,” Moore said. “You don’t need to have somebody over here voting that’s not necessarily legal or even it’s not, they don’t even exist. They just duplicate ballots and cancel you out or cancel me out.”

Moore added: “We’re governed by the consent of the people… and their consent is their vote and they consent to give us power. What if that power is not transferred ethically? Then it’s an illegitimate election.”

Soon after the interview, Moore announced on social media he would support the Brooks challenge to the electoral votes. His office confirmed his intent.

“It’s my honor to stand with @RepMoBrooks we met in his office yesterday it’s time to stand it’s time we draw a line I. The sand and advance #ElectionIntegrity …it’s the new #woke,” Moore tweeted Thursday. He added that he would take up the election fight “day one.”

Brooks, in an interview with “Fox Across America,” said he believed that state election laws on mail ballots were unconstitutional and that Congress should not be recognizing those votes.

“I, as a member of Congress and one of the judges and jurors that have the final and ultimate decision on who won this presidential election, I’m not counting those ballots when I make a judgment as to whether a state submission of Electoral College votes is correct or incorrect,” Brooks said. “I’m not counting any illegal ballots when I make that decision, and as such, in my judgment, if we limited our vote count to lawful votes cast by eligible American citizens, that Donald Trump easily won a majority of the Electoral College and won reelection.”

Moore is not the only incoming member to support Brooks. The highly controversial Congresswoman-elect Marjorie Taylor-Greene, R-Ga., has also said that she will support Brooks in challenging the Electoral College votes.

The claim that the implementation of mail-in voting by states is unconstitutional has been highly disputed. In order to challenge an individual state’s slate of electoral votes, a House and Senate member must both ask the bodies to debate and vote to accept or reject a state’s electors. A state’s electoral slate is tossed if both the House and Senate then vote to reject it. That scenario is unlikely.

Further, allegations of systemic voter fraud by the president and some of his allies have been largely unsubstantiated. Some lawsuits have challenged far fewer votes than the tens of thousands that Biden won by in key states. Others have included typos, factual errors or and more defects.

Sweeping allegations of vote-switching by the voting software company Dominion, which some states used, also have not been borne out, and judges routinely have ruled against suits brought by the Trump campaign and its allies. Attorney General Bill Barr said this week that his Justice Department has not seen fraud on the kind of scale that could flip the election.

“To date, we have not seen fraud on a scale that could have affected a different outcome in the election,” Barr told The Associated Press.

Moore, though, said he would like Congress to address election security with federal legislation to ensure confidence and more uniformity.

“We passed the voter I.D. bill in Alabama, so when you go to vote, you show your I.D. and it’s one person, one vote,” Moore said. “If another state allows their constituents to cheat, then in many ways, these states that are doing it right are getting penalized for doing it right.”

He continued: “There has to be a system, I think a national voter I.D., and I would be willing to fund the I.D. The federal government could put the funds, the money we spend in some areas… the American people have got to believe in the government that they’ve elected was duly elected by them.”

Moore mentioned that the federal government provides Americans with Social Security cards, and said a federal voter I.D. did not necessarily need to be a photo I.D., “just the name lining up with the Social Security number when they vote.”

Moore added that he planned to speak with Alabama Secretary of State John Merrill to talk about how Alabama’s elections were “so smooth” and how what can be learned from that state and apply on a national level. 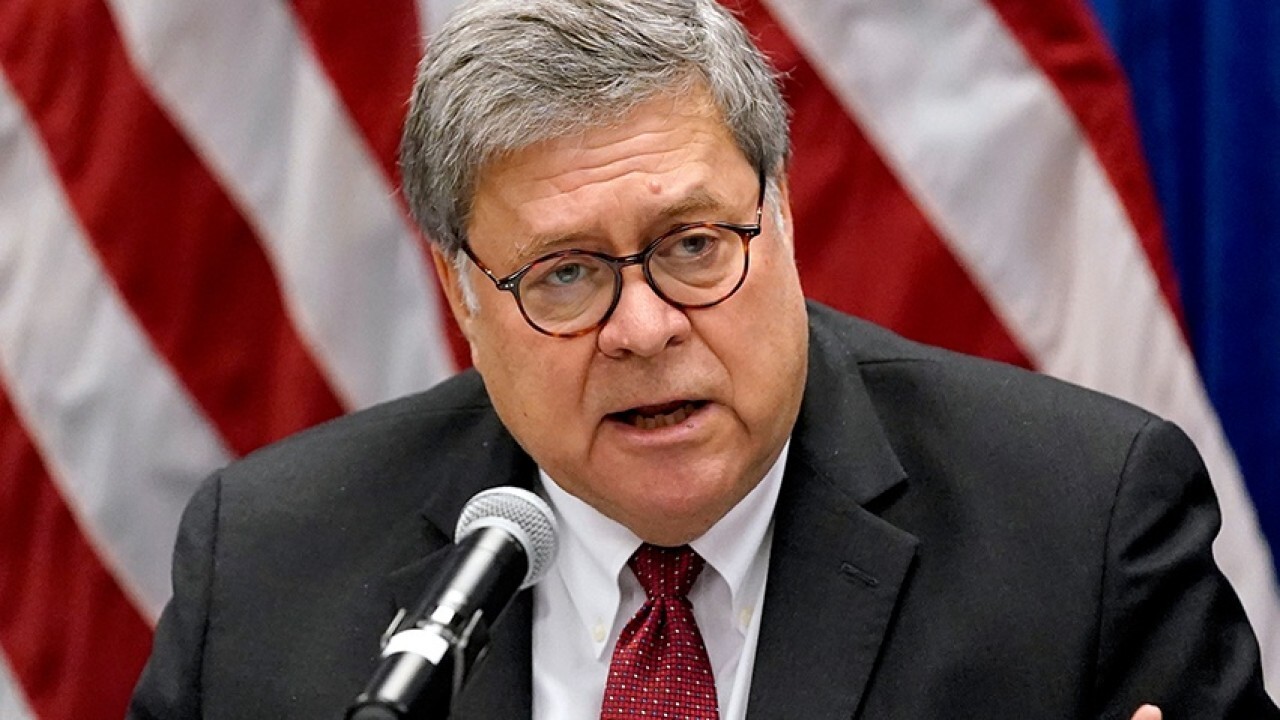 “Barr says there’s no evidence. How much time did you spend investigating?” Moore said. “I don’t know. I don’t want to be critical of him because I think he’s done a decent job in the past… How thorough of an investigation can you do in three weeks if it takes four years on collusion or two years on Ukraine or impeachment or whatever?”

The incoming congressman also said he considered himself a populist, which he defined as “a movement in this nation which really wants the government to answer to its people… When [Trump] started bringing union people to support him and minority communities … it said he cared about those people.”

Moore added: “As a Republican, we need to help everybody… We can equal the starting line. We can’t guarantee the outcome. People obviously have to make their own way in life.”

Moore, from a farming family, represents a largely rural part of southeastern Alabama. His family has been farming peanuts and cotton. Moore himself started a garbage business, which, now a member of Congress, he viewed with pride and as evidence that the American Dream remained possible.

“The one thing I tell my kids and I tell a lot of people is that the greatest thing in this nation we can give to the next generation is the freedom to excel in however they’re created to do,” Moore said. “I started my garbage company driving the garbage truck, I started my company the ground up. I was the mechanic. I was the garbage truck driver, and I sit here before you today as a garbage man… in Congress and it’s because those freedoms and the opportunities were afforded to me.”

He added: “I don’t know now that my son could do it. There’s too many regulations. The government would shut him down… Capitalism is a great system. It’s not perfect, but it’s the best system man has come up with to lift anybody out of poverty.”

Moore’s 2nd Congressional District includes Maxwell Air Force Base and Fort Rucker, one of the handful of U.S. military installations named after Confederate generals. Trump has threatened to veto the National Defense Authorization Act bill currently being considered in both chambers if it included a provision renaming military posts named after Confederates.

“I wouldn’t support renaming any of these bases,” Moore said in a GOP primary debate broadcast by WTVY. “The legacy that is there, the people that left and they went off and fought wars — foreign lands they fought wars — we defeated a lot of the War on Terror from their bases. My son-in-law who just deployed to Iraq from Fort Bragg, his grandaddy went through Fort Bragg. That’s a legacy that I wouldn’t want to rob any family of.”

Moore, a veteran with an agricultural sciences degree, said two committees he would most like to join are the Agriculture Committee and the Armed Services Committee. The latter is set to see a new ranking member in Rep. Mike Rogers, a fellow Alabama Republican.